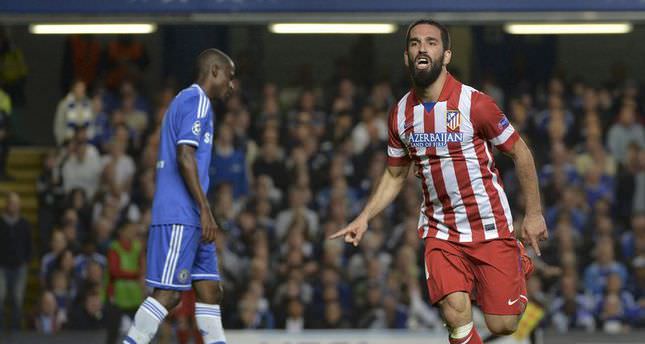 by Daily Sabah May 03, 2014 12:00 am
ISTANBUL — Turkish National captain and Atletico Madrid's creative hub Arda Turan has gained the attention of some of England's largest clubs.


A pleathera of media outlets have linked Manchester United, City, Chelsea and Liverpool with a move for the attacking midfielder.


Turan left Galatasaray last in 2011 for a fee believed to be around 12 million euros (TL 35 million) but has since considerably gained in value as his talents for dribbling and his creative production in the Turkish Super League translated directly to Spain's La Liga.

This season he managed to net nine goals and produce seven assists in all competitions but his on-and off-the-ball ability against Barcelona and other big clubs saw interest in Turan rise, meriting him a nearly 40 million euro price tag.

Turan himself is a Liverpool fan.He has on more than one occasion stated his interest in playing for the club. His latest statements expressing his fondness for the club came earlier this year. "I have always played at clubs wearing red kits," Turan told Four-
Four-Two, "Steven Gerrard is my hero, I love the history and tradition of Liverpool, the atmosphere at Anfield sends shivers down my
spine."