The new owner of the Turkish cup, Galatasaray 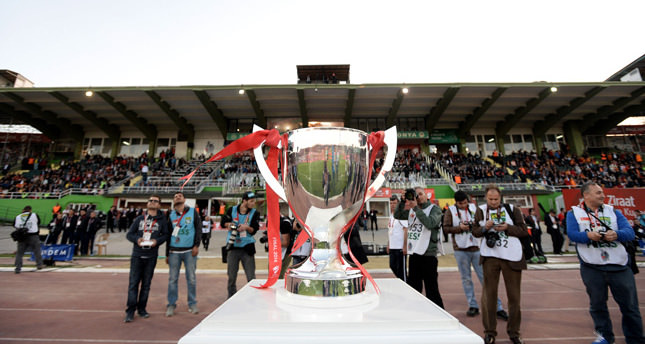 by Daily Sabah May 07, 2014 12:00 am
After a long season full of battles and scars Galatasaray finally can hold their heads up high as they become owners of the Turkish Cup on Wednesday. Two Turkish Spor Toto Super League teams, Eskisehirspor and Galatasaray, faced off in the final stage of the Ziraat Turkish Cup.


Galatasaray was lacking their Ivorian star Didier Drogba, who suffered a groin injury but they sure didn't show it as they routed Eskişehirspor 1-0 with a goal from superstar Wesley Snjeider.

Eskisehirspor's Brazilian center-back Diego Angelo had an anterior cruciate ligament injury and was ineligible for the final.