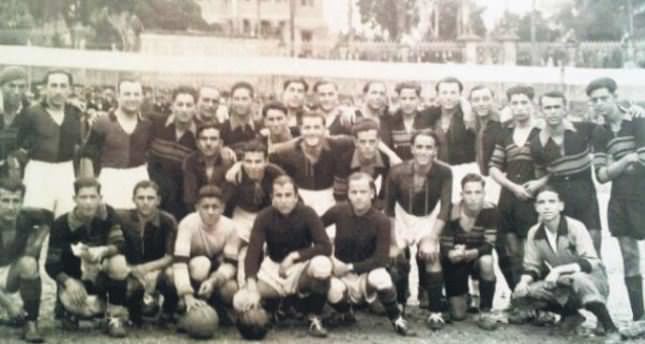 CHIOS — The friendly play is expected to strengthen the ties between Greece and Turkey. The managers of two football clubs organized a press conference in Chios to draw attention to Greek and Turkish cooperation in sport. Setting out to the island in the early hours of morning, Karşıyaka was welcomed in Greece with open arms.

During the press conference, history researcher and author Giannis Makridakis gave information about the play took place in Dec. 7, 1930. Makridakis stated that the Greco-Turkish play represented the friendship between Ataturk and Greek leader Eleftherios Venizelos.

The friendly match caused a stir between two coasts with the participation of municipal and trade chamber members. Makridakis said, "In accordance with news released in 1930, a special organization was held for Turkish players and guests. The port of Chios was decorated with Turkish and Greek flags and an official ceremony was arranged.

Prior to the play, Karşıyaka sang the Greek national anthem while Lailapas performed the Turkish national anthem. There were more than one thousand five hundred people in the stadium."

Makridakis expressed his excitement about researching on this historical account adding that it is important to complete the play. He said that they took some steps to continue the match, however Lailapas was closed down for a while ago.

Following the re-union of the club, the negotiations started to play the competition which will be an important step for the friendship between two countries. Makridakis said, "We are against discrimination.

There are borders between us, but we do not believe in them. We are different, but are also human and we need to live together. We appreciate Karşıkaya Football Club for accepting its invitation."

Theodosis Grigorakis, one of the board members of Lailapas, announced that the last 87 minutes of the play is going to take place on Saturday May 10, 2014 at the Fafalion Stadium. Turkish players will be hosted as arranged in 1930 followed by a welcoming ceremony at the port. The Greco-Turkish play is scheduled in the late afternoon.

After this, Turkish and Greek singers are expected to take the stage. The children or grandchildren of the previous team players and managers will be invited to the stadium.

Appointed two years ago, Lailapas Coach Michalis Kottakis stated that the play bears a historical significance adding, "I hope we are going to complete the play this time and will continue in the following years."

Karşıyaka's General Secretary Mehmet Yayan said, "Turkish and Greek people are same and it is impossible to separate them. We have come here to continue the friendship started 84 years ago with the play canceled for an unfortunate reason. The play will be a milestone for Turkish and Greek friendship. We are as excited as our Greek friends. We will return here on May 10 to finish our play."

Yayan also expressed that they will take actions to turn the play as a traditional event. Karşıyaka Coach Yusuf Şimşek extended his gratitude to all parties to re-organize the play. He expressed his excitement, adding that the play will contribute the friendship between two countries.

Karşıkaya Professional Football Branch President Mustafa Özçakar is inviting all Karşıyaka supporters to Chios on May 10. Özçakar continued: "I am addressing to Beşiktaş's supporter group Çarşı. We should turn Chios into Karşıyaka coast on May 10. We can organize a carnival with Lailapas supporters. At least 2 thousand people are expected. We would like to host Lailapas in Karşıkaya next year".

It is reported that the uniforms of Karşıkaya and Lailapos used in 1930 will be reproduced. Following the press conference, the managers of Lailapas were presented Karşıyaka's shirts printed with their own names.