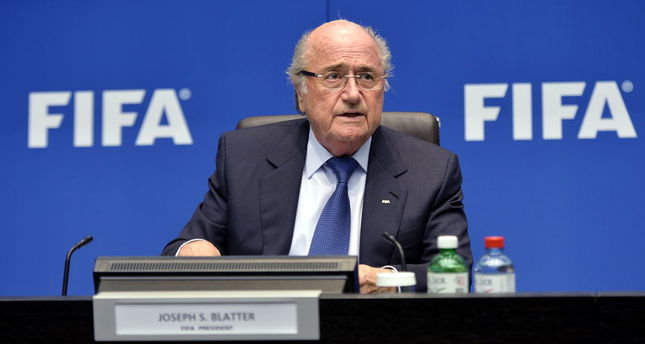 by Anadolu Agency May 16, 2014 12:00 am
BERN —Awarding the 2022 soccer World Cup to Qatar was a 'mistake' and the tournament will probably have to be held in the winter because of the heat, FIFA president Sepp Blatter has said.

"Of course, it was a mistake. You know, one comes across a lot of mistakes in life," he told Swiss television station RTS in an interview.
"The Qatar technical report indicated clearly that it is too hot in summer, but the executive committee with quite a big majority decided all the same that the tournament would be in Qatar," he added.

Asked whether the World Cup was likely to be held in the European winter, the 78-year-old replied: "It's probable, yes. In fact, it's more than probable."

FIFA launched an investigation last year into alleged corruption surrounding the voting procedure for the 2018 and 2022 World Cups, awarded to Russia and Qatar respectively.

The choice of Qatar was particularly controversial given that the small Arab nation has little footballing culture and summer temperatures can exceed 100 degrees Fahrenheit (40 Celsius).