An important start for Kosovo 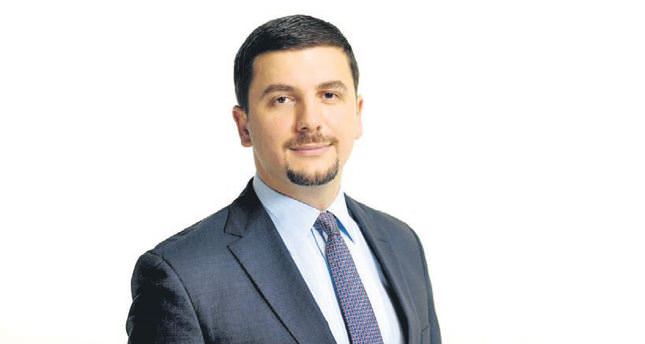 Daily Sabah spoke to the Minister of Culture, Youth and Sports about Kosovo's right to international football as the small Balkan state still struggles to gain legitimacy in the international sporting arena

PRISTINA — Last Wednesday, thousands of Kosovars flocked to the city of Mitrovica to watch their national team take on a UEFA member for the first time in an officially sanctioned friendly match. The fully packed stadium roared to life, as Kosovo and Turkey's national teams took to the field in a festive atmosphere in which Turkish, Kosovar and Albanian flags were waved in friendship and jubilation.

Though Kosovo was unable to bear the brunt of the Turkish national team in what resulted in a 6-1 defeat for the home nation, happiness and promise overcame the woes of defeat, as Kosovo took a major step on the long road leading towards actual continental football.

Currently excluded from all forms of international football, the Football Federation of Kosovo and the Ministry of Culture, Youth and Sports have been working tirelessly for the new born country's international participation and recognition. Kosovo's Culture, Youth and Sport Minister Memli Krasniqi spoke to Daily Sabah in an exclusive interview. Daily Sabah: Kosovo's national team played its first official friendly match against a European team in the match against Turkey. What does the national team mean to Kosovars, how did it get its importance? Memli Krasniqi: As in most countries around the world, football is the most popular sport in Kosovo.

Unfortunately, Kosovo has been isolated from the international arena for over two decades. To convince FIFA to allow us to play international friendlies to begin with before hopefully becoming a full member of UEFA and FIFA in the future has been a battle for all of us and foremost for the Football Federation of Kosovo.

In this regard, Kosovo has suffered from this isolation in many ways. A lot of very talented players playing in Kosovo have until recently lost their opportunities by being excluded from the international scene. Some have been able to play abroad in the leagues of various other countries, and some of them have gone on to play for the national teams of other countries because the national team of Kosovo was not allowed to play and was not recognized to play in official FIFA sanctioned matches. So when the decision to finally let us play was made, it was a big deal. When we played our first international friendly against Haiti on March 5, it was the first time that the colors of Kosovo were worn and defended on a football pitch. It was a moment of pride. It was a moment of happiness for all Kosovo football fans to see their national team play in a properly sanctioned FIFA international match. So in that regard, it obviously has an importance because it is just the beginning for us. It is still something that we have strived towards for a very long time. So every match brings a lot of excitement and interest for everyone.

DS: In your opinion is Kosovo close to receiving UEFA and FIFA recognition?
MK: The main struggle we face (for UEFA recognition) is the UEFA sanctions that were changed in the early 2000s. The response came about after Spain's response towards Gibraltar's application for membership. So the changed sanctions now dictate that applicant nations must be members of the United Nations. Kosovo, currently not being a UN member, does not fulfill this criterion and to become a member of FIFA you have to be a member of the continental association, in this case UEFA. In that case, the obstacle to becoming a member remains. But we have not given up, and we are optimistic that FIFA and UEFA will find a way to include Kosovo in the European and international football family so as to give the same opportunities for all of Kosovo's players. Unfortunately as it stands, this is a very unfair and unjust situation because Kosovo as a European country does not have the same rights, privileges and responsibilities that all other European countries have. In that sense, we are continuing with our work and raising international awareness, while we lobby for this very important issue. The international friendlies are a very important step in that issue; they also show that Kosovo is able to properly organize matches and display that we have a good team made of talented young players who deserve to play international football like everyone else. First of all, Kosovo faces a major difficulty by not being a member of FIFA; if we didn't have that problem and that challenge, then we would have been able to attract some of our top players that play on various national teams around the world, especially Switzerland. But this is an important start for Kosovo, and that is what matters."

DS: Kosovo is a newly founded country that recently was devastated by the war with Serbia. How did this war affect Kosovo and its culture? Is the international community working towards aiding Kosovo in its recovery?
MK: Kosovo suffered a terrible war that culminated in 1998 and was especially devastating in 1999. In this war, all kinds of properties suffered. According to recent studies, three-fourths of Kosovan households were burned down, damaged or demolished. So unfortunately, even cultural heritage sites were damaged. Hundreds of religious and cultural monuments were not spared by the war. In the years after the liberation of Kosovo and especially in the years following its independence, we have had programs to restore and conserve our cultural heritage sites. During my term in office, we created the list of cultural heritage assets that we have under protection, and we have programs within the ministry focusing on the restoration and protection of these cultural heritage sites.

In the last three years we increased the funding for this field, but we are also happy to have the generosity of our international counterparts and partners, including the Turkish and American governments. The international community has been very helpful to Kosovo, especially after the war, and I am very happy to say that as a people we have been very entrepreneurial as a people in working towards recovery and building a better future. Towards the end of the interview Minister Krasniqi was asked as to why the match was held in Mitrovica rather than the capital of Pristina to which he replied: "The stadium in Pristina is not in good shape. We are trying to renovate the stadium; however, the city municipality is not being very helpful."

Minister Krasniqi went on to tell Daily Sabah that the Ministry of Culture, Youth and Sports is working to build a new national stadium. "We have taken a decision as a government to build a completely new modern stadium next year. It will be a stadium with 25,000 to 30,000 capacity, and it will be in the municipality of Pristina," he said. Minister Krasniqi went onto conclude the interview by talking about the optimism surrounding Kosovo's national team: "What is important is that there is a lot of good will and enthusiasm here. There are so many people willing to put their effort towards this, and I am sure that success will come with time. For us, all that is important is that we have the right to play, a right we were denied for the longest time. We are striving to have the Football Federation of Kosovo become a full member of FIFA and UEFA. After that things will change very fast."
RELATED TOPICS