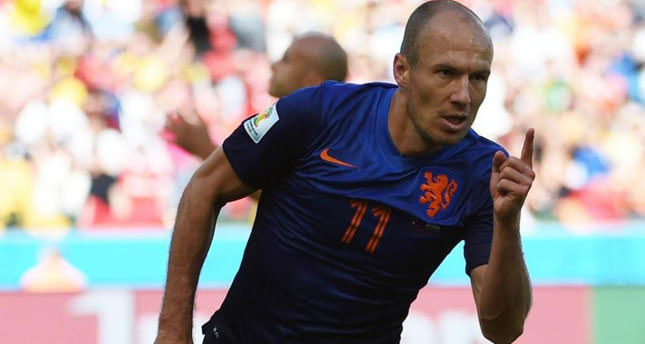 by Jun 18, 2014 12:00 am
The Netherlands are forced to fight hard for a 3-2 victory against Australia after a weak performance in the first half.

Dutch forward Arjen Robben slotted in home in the 20th minute after a solo run from midfield, but Australia equalized one minute later thanks to a stunning left-foot volley from Tim Cahill.

The goal energized the Socceroos, who deservedly went 2-1 up from a penalty by Mile Jedinak in the 53rd minute.

Robin Van Persie, who was almost absent in the first half, equalized immediately and Memphis Bepay rifled in the winner from outside the
box in the 68th minute.