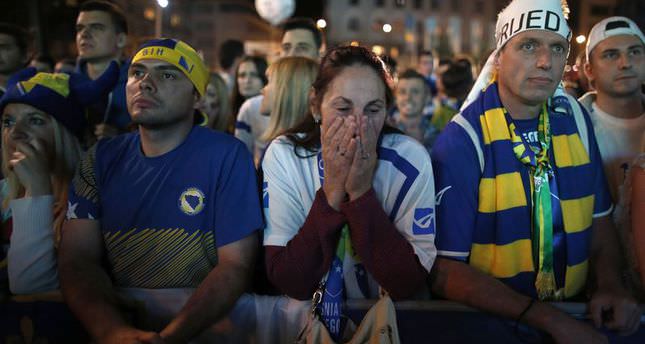 by AA Jun 22, 2014 12:00 am
The goal from Peter Odemwingie secured a 1-0 victory for Nigeria against Bosnia-Herzegovina in FIFA 2014 World Cup Group game at Pantanal Arena in Cuiaba on Saturday.

Bosnia-Herzegovina was denied a goal in the 21st minute after a controversial offside decision against Edin Dzeko.

In the 29th minute Emmanuel Emenike cut the ball back for Peter Odemwingie who converted the pass into a goal.

World Cup debutants Bosnia, who lost the first match of the group stage against Argentina, is eliminated from the knock-out stage after the loss.

The final games of the Group F will be played on Wednesday with Nigeria vs. Argentina and Bosnia-Herzegovina vs. Iran.

A draw against Argentina will be sufficient for Nigeria to advance to the Round of 16 phase of the tournament.

Standings after the second matches in the group are as follows: