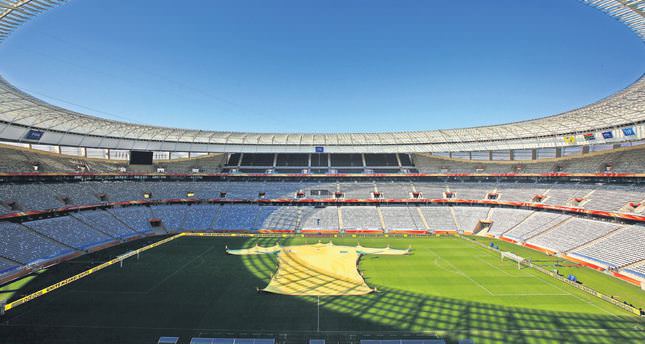 The last time Argentina reached the final in 1990, they lost the trophy to Germany. Now, 24 years later, the Argentinians have a chance for revenge

Argentina reached their first World Cup final in 24 years on Wednesday, beating the Netherlands 4-2 on penalties after the first scoreless semi in the tournament's history, with old foes Germany awaiting them in Sunday's showpiece. The match will be a repeat of the 1986 and 1990 World Cup finals, the first of which was won by Argentina before the then-West Germany gained revenge four years later. Argentina's win compounded the misery for hosts Brazil who were humiliated 7-1 by Germany on Tuesday before seeing their worst fears realised when their South American neighbours booked their place at the Maracana on Sunday.

Brazil may have won the World Cup more than any other country, but the one they wanted most of all will now be played between two of their greatest rivals. The composition of the final is an unpalatable prospect for the mourning samba nation but for soccer fans, it is a dream showdown between a German team that has wowed everyone at the tournament, and Lionel Messi, the fourtime World Player of the year who has won every honour except the World Cup. Wednesday's second semi-final in Sao Paulo could not have been more different than Tuesday's goalfest in Belo Horizonte but the sheer tension of the occasion had fans on the edge of their seats. "I'm very happy because we reached the final and now we will see what we can do," said Argentina coach Alejandro Sabella. "We will give everything as usual, with humility, work and 100 percent effort."

For players and fans, the tension was almost unbearable and it was the Dutch, who have played in three World Cup finals, including the last one in Johannesburg four years ago, but have never won one, who fluffed their lines in the shootout. It was also a second semi-final defeat on penalties for the Netherlands who suffered the same fate against Brazil in 1998. "I didn't have the feeling in the second half that we would lose," said Netherlands manager Louis van Gaal. "And when it comes to penalties you know it's a lottery. The boys did fantastically (well). Nobody had expected this." The Netherlands coach appeared to have a golden tactical touch in Brazil. He switched systems during matches to force victories, brought on substitutes who scored within minutes, posted a striker in defense and most amazingly of all swapped goalkeepers for a penalty shootout victory. But in the semifinals against Argentina, he ran out of substitutes before he could pull that trick again and his team was eliminated in a shootout after Jasper Cillessen failed to stop any of Argentina's four penalties following a 0-0 draw.

"I'd have subbed him again if I'd had the chance," Van Gaal said. He also said Saturday's third-fourth place play-off was a pointless exercise that "has nothing to do with sports." "I think this match should never be played and I've been saying this for 10 years," Van Gaal said. "It is unfair we have one day less to recover than our opponent so that is not fair play either," he added. Separately Brazil coach Luiz Felipe Scolari said they have to find a way to move on, and the team already has a new objective: win the third-place game Saturday to give fans some reason to celebrate. The veteran coach said he knows the 7-1 result against Germany is going to hurt forever, but said "Life goes on, we need to look forward to our next goal, and our next goal is to win the match for third place."