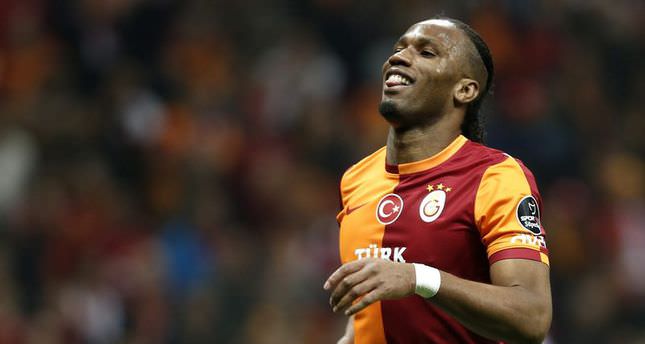 by AA Jul 25, 2014 12:00 am
Ex-Galatasaray striker Didier Drogba has signed a one-year contract with his former club Chelsea, the club has announced.

A statement by the club released on Friday said: "Chelsea Football Club is delighted to announce the return of Didier Drogba."

The 36-year-old Ivorian has enjoyed his spell in Galatasaray since January 2013, having appeared in 53 campaigns and scored a total of 20 goals.

Drogba also helped Galatasaray reach the quarter-finals in the Champions League in 2013, advancing to round 16 in 2014.

Drogba became a legend for Chelsea in 2012, helping them beat Bayern Munich in the Champions League Final to take the club to Europe's summit for the first time.

He scored the late equalizer and took the last penalty in the final.

Upon signing his contract, Drogba said: 'It was an easy decision - I couldn't turn down the opportunity to work with Jose again. Everyone knows the special relationship I have with this club and it has always felt like home to me.

'My desire to win is still the same and I look forward to the opportunity to help this team. I am excited for this next chapter of my career."

Chelsea manager Jose Mourinho said: "He's coming because he's one of the best strikers in Europe.

"I know his personality very well and I know if he comes back he's not protected by history or what he's done for this club previously. He is coming with the mentality to make more history."

Drogba also appeared in the 2014 FIFA World Cup with Ivory Coast, taking his caps total to 104 and goals total to 65 with his national team.