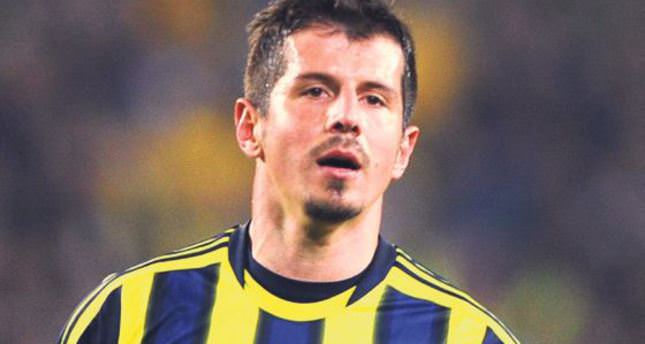 by Daily Sabah Aug 16, 2014 12:00 am
The leader of Catholic Church Pope Francis telephoned Turkish footballer Emre Belözoglu personally and asked him to play a football peace match that will take place on Sept. 1 at the Olympic Stadium in Rome. According to Turkish daily Habertürk, Pope Francis expressed his wish to see the 33-year old player during the match. The inter-religious match for the peace has been organized by Pope Francis to promote peace between Israelis and Palestinians. Grabbing a global impression with his performances for Italian giants Inter Milan, Belözoglu accepted the Pope's invitation. He has already been given permission by the club officials.

Belözoglu said he is happy to take part in such an important match. The senior football player, who previously appeared in some of Europe's biggest football teams, is the first Turkish Muslim player invited to the event. The officials said the revenues will be sent to certain charities and vulnerable countries chosen by the Pope.

The match will reportedly include all-star players such as Lionel Messi, Gianluigi Buffon, Zinedine Zidane, Javier Zanetti, Roberto, Baggio, Andrea Pirlo and Samuel Eto'o. Galatasaray's Uruguayan goalkeeper Fernando Muslera was also invited to the match. Pope tasked former Argentine captain Javier Zanetti with coordinating the event. The Pontifical Academy of Social Sciences is also organizing the event, although it's unclear yet whether Pope Francis will attend. Last year, both Messi and Buffon took the field at the Olympic Stadium for a match in honor of Pope Francis.
Argentina came out on top, 2-1. The Pope has constantly praised soccer's ability to bring people together and build relationships.
Last Update: Aug 16, 2014 2:18 am
RELATED TOPICS