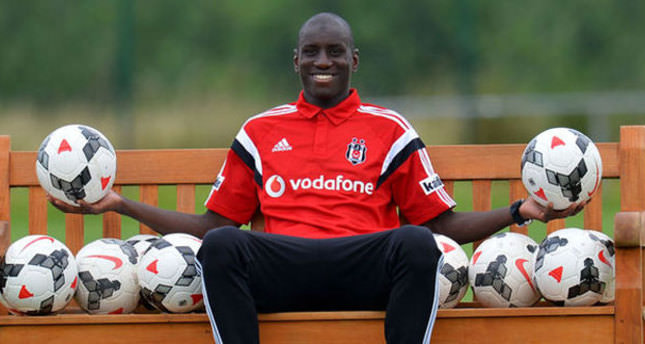 by Daily Sabah Aug 25, 2014 12:00 am
Turkey's four big clubs, Fenerbahçe, Galatasaray, Beşiktaş and Trabzonspor have spent an incredible 200.7 million euros (TL 582 million) in the summer transfer window despite their heavy debts. The total debt of the four clubs is already over TL 2 billion. The teams made record transfers this summer despite the Turkish football clubs being considered "bankrupt," according to the 376th article of Turkish Commercial Code.

Only Fenerbahçe limited their spending, signing just one player. However, the other giants have hard days ahead with heavy payments to be made for expensive new players. They already pay hefty wages to keep their current players on the team.

And it is feared that this may cause a serious financial crisis in Turkish football. Of the four giants, Trabzon has been the most aggressive team in the market. Transferring 18 new players into its squad, Trabzonspor spent 62.2 million euros this summer. The most expensive player to move to Trabzon is Oscar Cardozo, whom the club paid 5 million euros for in transfer fees and 7.5 million euros to the player over his three-year contract.
Kevin Constant, who was transferred from Milan, cost 11.5 million euros including other fees for four years.

Beşiktaş will give 5 million euros to Necip Uysal and 5.4 million euros each to Oğuzhan Özyakup and Olcay Şahan over four years in order to keep the players in the team. Fenerbahçe will pay only 10.5 million euros to Diego Ribas during the term of his contract.
Last Update: Aug 25, 2014 2:04 am
RELATED TOPICS