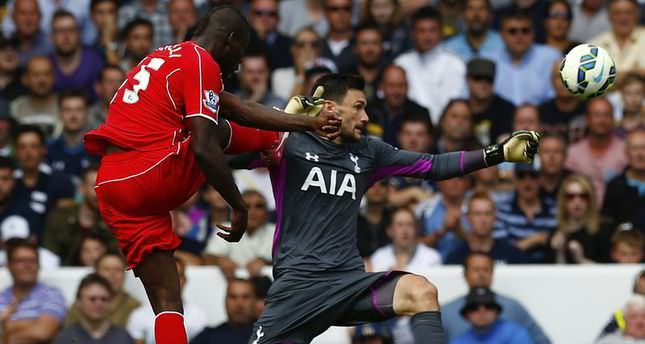 The transfer market carousel whips up to its final frenzy on Sunday.English Premier League soccer clubs spent a record 835 million pounds ($1.4 billion; TL 3 billion) on hiring players during the summer transfer window as they reinvested cash from the latest round of broadcast deals. That total was almost double the 425 million paid out by teams in Spain's La Liga, the next highest spending country, according to figures released by business services group Deloitte yesterday. The Premier League generates more money than any domestic soccer competition while Spain is home to Real Madrid and Barcelona, the two clubs who enjoy the highest revenues thanks to the way television cash is distributed. Manchester United, English champions a record 20 times, spent around 150 million pounds as new manager Louis van Gaal tries to ensure there is no repeat of last season's disappointing seventh place finish.

Teams in Europe's main leagues had until late on Monday to finalise their squads for the next few months, leading to frenzied trading in the final few hours of the transfer window. Clubs cannot buy new players again until January. "We continue to see the increased resources that Premier League clubs enjoy, as a result of improved broadcast deals, translate into investment in players," said Deloitte's Dan Jones. He warned clubs of the need to ensure they did not overspend in the quest for a place in the European Champions League or to retain their spot in the Premier League. "The key challenge remains pursuing their ambitions responsibly," he said. "We hope that while increased revenues continue to allow the league to attract top players, they will also result in a more profitable picture across the league in the years to come." Competition in Britain between BSkyB and BT has driven up the value of television rights, while the Premier League also benefits from lucrative TV deals around the rest of the world. The average Premier League team received an additional 25 million pounds in TV money in 2013-14, the first fruits of a new three-year agreement. English clubs are confident that TV revenues will remain buoyant in future contracts and have spent accordingly. "There is this feeling that they can spend today based on what they will get tomorrow," said Simon Chadwick, professor of sports business at Coventry University in central England. He also said the World Cup in Brazil this summer had also driven the market, providing a showcase for the top players. "In the aftermath of every World Cup, you always get this spike in transfer activity," he said. Two of the biggest headline makers from the World Cup moved to Spain, deals which helped to finance other moves in a ripple effect across the continent. Colombian James Rodriguez, top goalscorer at the World Cup, joined Real Madrid from Monaco for some 80 million euros ($105 million), while Uruguay's Luis Suarez, thrown out of the tournament for biting an opponent, moved to Barcelona from Liverpool for around 65 million pounds.

Away from England and Spain, spending by teams in other top European leagues was more muted. Italy's Serie A followed with $450 million of deals, Germany's Bundesliga accounted for $415 million and France's Ligue 1 came fifth with $165 million. FIFA's Transfer Matching System said that 1,164 players were taken on in the big five leagues during the two month transfer window and that the five accounted for 85 percent of the transfer money spent in Europe's 26 biggest leagues. Meanwhile, even though Spain were ousted in the first round of the World Cup, the tournament's brightest lights still flocked to La Liga as Real Madrid and Barcelona again flexed their financial muscles in a busy transfer window. European champions Real assembled a new breed of 'Galacticos', the most expensive squad of all time with around 640 million euros ($840 million) worth of talent, by snapping up Toni Kroos, James Rodriguez and goalkeeper Kayler Navas who all shone at the World Cup in Brazil. Barca opted for infamy as they lured Luis Suarez from Liverpool despite the controversial striker receiving a long ban for biting an opponent while playing for Uruguay in Brazil.