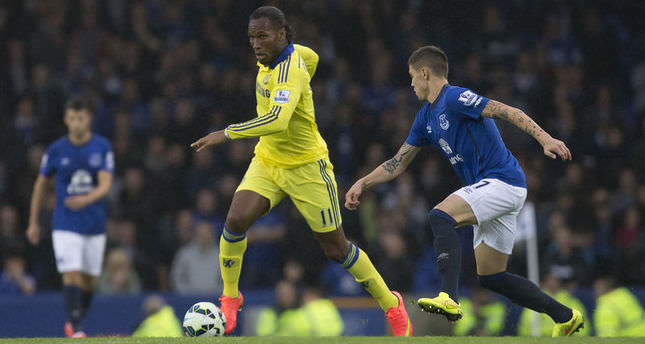 by Associated Press Sep 06, 2014 12:00 am
A deadly disease outbreak, fraud and cheating, and a player killed by his own fans. African football just can't shake its reputation for chaos.

Two months after an embarrassing World Cup for the continent marked by player strike threats and disputes over money, the final round of qualifiers for next year's African Cup of Nations kick off Friday and Saturday with more problems.

The Ebola virus outbreak in West Africa is causing fear among those having to travel to or host squads from affected countries. It has forced at least two teams to play away from their home countries.

Two teams have been disqualified for cheating and fielding ineligible players and another two withdrew after being unable to play games in previous rounds.

The death of Cameroonian player Albert Ebosse in a league match in Algeria last month after he was hit in the head by a rock apparently thrown by his own fans is another indication of dangerously lax security in African stadiums, where world-class stars have long played under shoddy organization.

Some of those stars are now gone.

Ivory Coast's Didier Drogba and Cameroon's Samuel Eto'o retired from international soccer after the World Cup. Ghana cut Europe-based Michael Essien, Kevin-Prince Boateng and Sulley Muntari from its squad because of their disciplinary problems at the World Cup.

The final qualifiers have 28 teams split into seven groups and competing for the 15 places alongside host Morocco at the African Cup in January and February.

Defending African champion Nigeria, one of the teams hounded by disputes over money at the World Cup in Brazil, will open in Group A against Republic of Congo, which only progressed after Rwanda was thrown out. In a case described by the Confederation of African Football as "fraud," Rwanda was disqualified for fielding a striker who was using a different name and a Congolese passport in club games.
Last Update: Sep 06, 2014 1:26 am
RELATED TOPICS