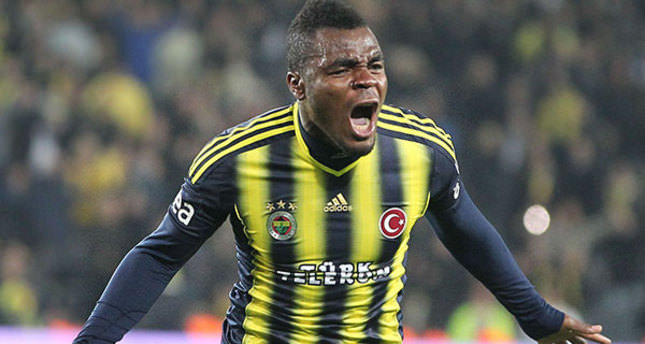 Fenerbahçe moved to joint top of the Spor Toto Super Lig after grabbing a tight 1-0 win at the Şükrü Saraçoğlu Stadium over Gaziantepspor thanks to a late penalty from captain Emre Belözoğlu. The reigning champions share the top spot with Akhisar Belediyespor, with both sides sitting on seven points. An attritional game was only broken by Belözoğlu's penalty with just eight minutes to go after Gökhan Gönül went down in the area. Gaziantepspor coach Okan Buruk contended the decision, accusing Gönül of diving.

The decision was a controversial one, sparking ire amongst the Gaziantepspor fans, some of whom abused the player on Twitter. Gönül sent a statement via his Twitter account regarding his fall in the penalty area. "A player is punished with a yellow card while pulling the rival even in midfield. This is why it is humorous to discuss pulling the rival in penalty area," he said. He criticized the abusive messages sent to him on social media. "Those who swear at me should look themselves at first. Then they can criticize me," he said.

Fenerbahçe may be sitting pretty at the top of the table but fans are still waiting to see the same team that won the title last year. More troubling for Fenerbahçe is the form of Emmanuel Emenike and his back chat to Belözoğlu while fans got on the back of the Nigerian, who has been at the club for two years. The Nigerian was booed by fans due to his poor performances this season while an errant pass to Belözoğlu sparked a row on the pitch.

Former coach Mustafa Denizli weighed in on the situation, saying, "Emenike cannot end the season at Fenerbahçe. As far as I know, he will leave Fenerbahçe at the halfway point. He cannot freely play at the Şükrü Saraçoğlu Stadium any more. I am talking very assertively. Selçuk İnan was also catcalled. The discussion is different from that between Moussa Sow and Diego. Sow gave a response to Diego. However, Emenike responded to Fenerbahçe's captain. Indeed, the captain has the right to say something and Emenike should say "Ok captain." I do not want to push him, but his behavior is the signal of farewell."

Elsewhere on Sunday, Kasımpaşa carried on their strong start to the season, beating bottom-placed Kardemir Karabukspor in Istanbul.
The home side went behind early when Domi Kumbela scored in the 17th minute, but Tabare Viudez netted a penalty with seven minutes left of the first half to level the score. Halil Colak was the hero for the Istanbul side, firing in with two minutes left of the game to lift Kasımpaşa to third in the table. Also on Sunday, Sivasspor played out a 0-0 draw with Konyaspor.
Last Update: Sep 23, 2014 2:12 am
RELATED TOPICS