World Cup may be held out of Qatar: FIFA Official 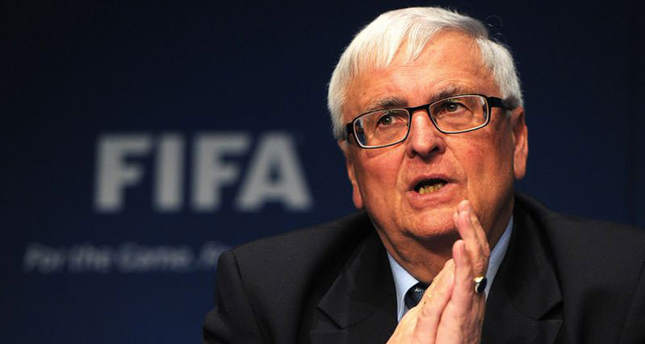 by Sep 23, 2014 12:00 am
Theo Zwanziger, the former German soccer association (DFB) chief who now sits on the executive committee of world soccer's governing body, had said on Monday that he felt the tournament would have to be held elsewhere.

"I personally think that in the end the 2022 World Cup will not take place in Qatar," he told Sport Bild. "Medics say that they cannot accept responsibility with a World Cup taking place under these conditions."

FIFA awarded the tournament to the tiny Middle Eastern country in a controversial decision in 2010, with the understanding that it would be held in the summer despite the searing heat.

Although oil and gas-rich Qatar has insisted that timetable is viable thanks to cooling technologies being developed for stadiums, training areas and fan zones, there is still widespread concern over the health of players and visiting fans.

"They may be able to cool the stadiums but a World Cup does not take place only there," Zwanziger said.

"Fans from around the world will be coming and traveling in this heat and the first life-threatening case will trigger an investigation by a state prosecutor.

"That is not something that FIFA Exco members want to answer for."

FIFA officials, contacted by Reuters, said Zwanziger was not giving the view of the all-powerful Executive Committee.

FIFA President Sepp Blatter said in May that awarding the World Cup to Qatar was a 'mistake' and the tournament would probably have to be held in the European winter.

"The Qatar technical report indicated clearly that it is too hot in summer, but the executive committee with quite a big majority decided all the same that the tournament would be in Qatar," he said.

FIFA is looking at the option of shifting the tournament to January/February 2022 or November/December 2022 - both of which would be unpopular because of disruption to the domestic seasons in Europe and around the world.

Qatar organizers said they have already proved that cooling technologies that would be used at the World Cup work.

"The only question now is when, not if," Qatar 2022 communications director Nasser Al Khater said in a statement. "Summer or winter, we will be ready."