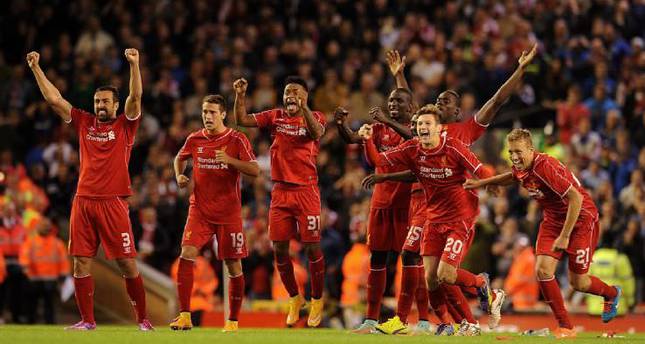 by Sep 25, 2014 12:00 am
Liverpool and Middlesbrough set a new Capital One (League Cup) landmark with 27 goals in their penalty shootout on Tuesday but they would have needed to convert another 13 spot kicks to beat the world record. The highest-scoring shootout was Argentinos Juniors' 20-19 win over Racing Club in November 1988, when all drawn Argentine League games went to penalties, from 44 attempts overall. However, the longest shootout, as recognised by the Guinness Book of Records, was 48 in the 2005 Namibian Cup final, when KK Palace won 17-16 against Civics after 15 kicks were missed. Liverpool and their spirited Championship (second tier) opponents Middlesbrough were far more accurate, missing three between them out of 30 after their third round match at Anfield ended 2-2 after extra time. The decisive spot kick was clipped wide in front of the famous Kop by Ghana international Albert Adomah, putting the home side through to the fourth round of the competition. Liverpool manager Brendan Rodgers praised his team, saying: "Our players showed great resilience to keep going. While setting a new shootout mark for the competition, it also equalled the record between English professional clubs established when Dagenham & Redbridge beat Leyton Orient 14-13 on penalties after a 1-1 draw in a minor cup played between lower league teams in September 2011.