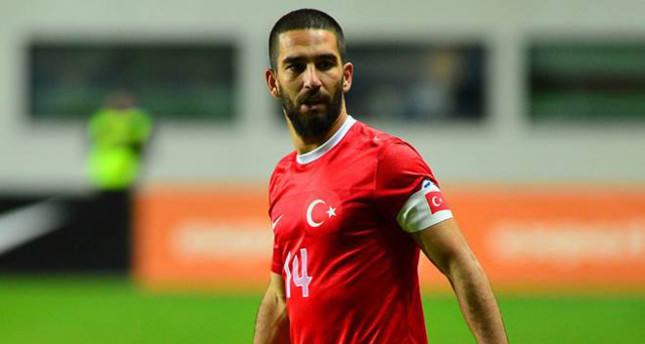 With Turkey now rooted to the bottom of Group A in their Euro 2016 qualifiers after two defeats and one draw, rumors abound about the team taking on hypnosis techniques, a tactic used back in the 1960s

In Turkey, as well as anger and sorrow, there is at the same time a certain curiosity about why Turkish football has hit rock bottom. The matter is currently being widely discussed by the Turkish sporting authorities. Beyond the technical aspects of the world's popular game, an extraordinary idea has come from a hypnosis expert. In his written statement sent to the Turkish media via e-mail yesterday, Turkish hypnosis expert Mehmet Başkak alleged that the Turkish national squad have a "focusing problem." Mehmet Başkak said, "Although our national team had a lot of opportunities on goal, they could not score. It can't be explained just with being unlucky or being clumsy. If this happened in just one or two games, maybe we can say it is because of bad luck. But after all those opportunities that were missed, I think it may be the result of a lack of focus. And according to subconscious mind technique, the national team can't stay focused on the target.

"In accordance with modern techniques, subconscious mind power techniques must accompany training. This technique was applied in the 1960s in the West. So, our national team must also use this technique, which is one of the most effective methods used in a team's preparations."

According to Başkak, failure or defeat stems not from technical aspects but mostly from the subconscious mind. "I don't talk about increasing the physical efficiency of the footballers individually. Hypnotic practice on whole team is quite different. It unearths the whole team's potential and ensures that they become one body. This method clears all the hurdles for the team thanks to a high focusing mind, as a result of hypnosis. With hypnosis it is possible to perform at a high level for the whole 90 minutes. A team could run during 90 minutes without stopping." He gave examples from sports teams who have used hypnosis techniques such as former world No1 golfer Tiger Woods, Felix Baumgartner, who jumped from stratosphere in 2012, American baseball team Chicago White Sox and tennis legend Jimmy Connors.

Meanwhile prominent Turkish commentators have been discussing the causes of the national squad's failure. From the Turkish Daily Star, Turkish columnist Uğur Meleke said, "The Turkish national team's head coach Fatih Terim shows hatred and this attitude affects the players negatively. A 'national' team must feed off love and affection, not hatred or grudge. However, Fatih Terim nurses hatred against some footballers." Another prominent Turkish football commentator Hıncal Uluç also criticized Fatih Terim and the players. "Our team is so unprepared and unconcentrated that they can't win a game over a weak team like Latvia. They killed time on the field as if they had consented to a draw. And our footballers created an unnecessary tension during the match. Especially, Arda Turan attacked a rival team's player in the very first minute. And four Turkish players followed him. This faulty attitude motivated the rival team and made the game tougher for us," he wrote in his article. Uluç also blamed the Turkish Football Federation (TFF) Chairman Yıldırım Demirören and described him "the worst football boss in Turkish history."

In the meantime, the TFF issued a statement yesterday. It said, "In accordance with the aims of Turkish Football Federation, we plan to raise the quality of our national football in the long run. We don't aim for daily or temporal success. Like our President Yıldırım Demirören and head coach Fatih Terim put into words before, our main goal is to create a system for a national team which will be able to qualify for every tournament and achieve long term success. If we had won the match against Latvia, our main goal would have been that way."