Beşiktaş to play against Partizan amid threats 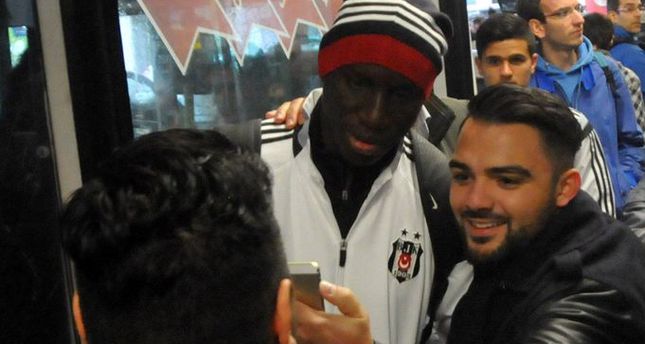 by Daily Sabah Oct 23, 2014 12:00 am
Beşiktaş will play Serbian side Partizan Belgrade in the UEFA Europa League Group C match tonight in Belgrade a they look for their first win of the competition so far. On Friday, Serbian media alleged that Beşiktaş fans would unfurl an Albanian flag in tribunes and provoke Serbian fans. They urged Beşiktaş fans must not come to the match. In the other match in Group C, Tottenham will play against Asteras from Greece. Beşiktaş and Partizan have yet to win any of their matches in Group C so far.


The Black Eagles drew with both Asteras and Tottenham 1-1, earning two points. Partizan drew 0-0 with Tottenham in their first match. And later the Serbain side was defeated by Asteras 2-0. Beşiktaş's Jose Ernesto Sosa, Mustafa Pektemek and Serdar Kurtuluş will miss the crunch match with Partizan through injury. After two matches, Beşiktaş are currently sat in second spot with two points while Partizan prop up Group C with one point. Beşiktaş have not lost in their last five UEFA Europa League matches. Italian Paolo Mazzoleni will referee the match. Elsewhere, defending champion Sevilla will seek to strengthen its position as the Group G leader when the Europa League returns for the third round of matches Thursday.

Tottenham has to turn the page on Saturday's 4-1 defeat at Manchester City when it meets Asteras Tripolis, while fellow Premier League club Everton plays Lille. Everton will need to keep a close eye on Belgium forward Divock Origi, signed from Lille by city rival Liverpool in the offseason and then lent back to the northern French club. Torino's Fabio Quaglierella gets a chance to test his goal-scoring start to the season against HJK Helsinki and Wolfsburg, without several key players, seeks its first win of the competition at Krasnodar.