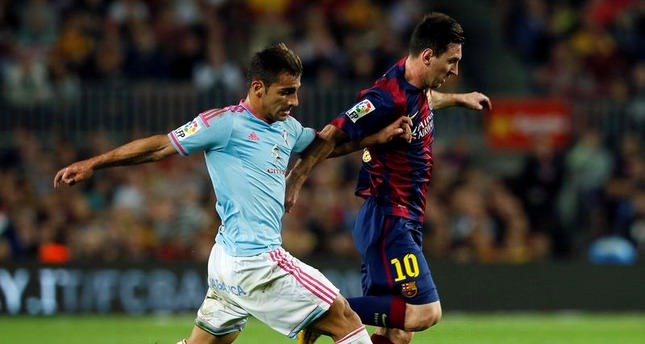 by Associated Press
Nov 01, 2014 12:00 am
Luis Suarez's home debut with Barcelona was spoiled by Celta Vigo as Joaquin Larrivey scored in the second half to deal the hosts a 1-0 loss that let Real Madrid take the overnight lead of the Spanish league on Saturday.

Cristiano Ronaldo put Madrid at the top of the standings two points ahead of Barcelona by scoring for a 12 straight game before setting up a second goal in a commanding 4-0 win at Granada.

Atletico Madrid climbed into second place one point behind Madrid after Antoine Griezmann scored twice in a 4-2 win over visitors Cordoba.

Barcelona's second consecutive loss and first at home in the league since February came after Neymar and Lionel Messi each hit the woodwork twice.

Sevilla is two points behind Madrid before visiting Athletic Bilbao on Sunday.