Neymar in Istanbul ahead of Turkey vs Brazil friendly 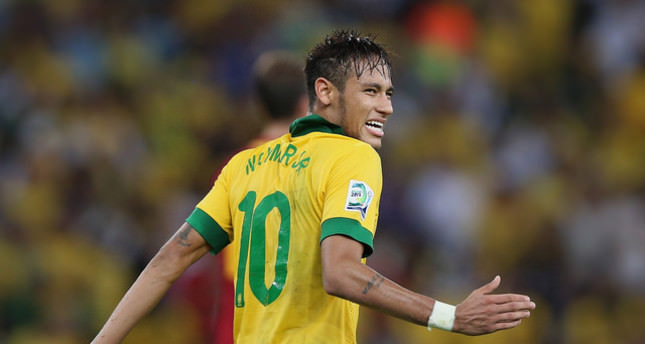 The Barcelona forward was welcomed into Atatürk International Airport with private First Class service. After having taken pictures with his admirers at the airport, he was escorted by Turkish Football Federation officials.

Five-time world champions Brazil have friendly matches scheduled in November against Turkey and Austria. The team, who crashed out of the FIFA World Cup they hosted in July in the semi-finals to the eventual champions Germany, take on Turkey on November 12 before playing Austria six days later in Vienna. They also faced South American arch rivals Argentina in Beijing on October 11 and then Japan three days later in Singapore.

The Turkish Football Federation have stated that the match against Brazil will be played in Şükrü Saraçoğlu stadium, Istanbul. Brazil are the only team that have managed to qualify for every World Cup tournament.

Turkey and Brazil have played each other five times in the past. The first match between the two sides, which was also a friendly, was played in 1956. Brazil have won three out of the five matches and have drawn the rest. Turkey have yet to win against Brazil, with the latter netting six times in previous clashes while Turkey have found the net three times.