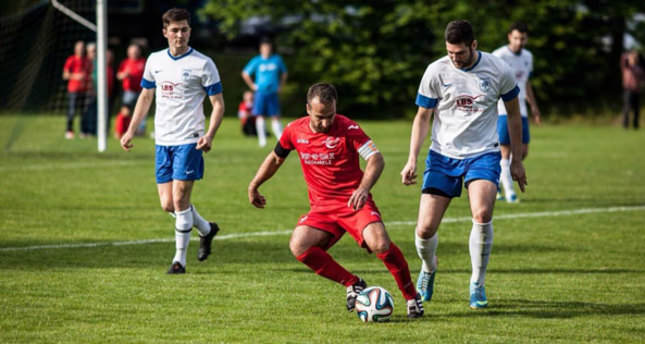 by daily sabah
Nov 21, 2014 12:00 am
Amateur German league competitor Türkspor Mosbach 1993 E.V. were granted a fair-play award by German authoroities after exhibiting an unprecedented example of self-sacrifice. The club postponed a match, which they would have won by default since eight opposition players were ill, in order to win the game "not on the [league] table but on the field."

However, they lost the match that took place three months later and missed out on the chance to join the advanced league by two points. Türkspor Mosbach 1993 E.V. is a football club based in Mosbach city, which is affiliated to the Baden Württemberg state in Germany. The president of the club, Mehmet İlkin, learnt that their match with Vfb Breitenbronn, which should have taken place last January, was postponed.

In order to understand the reason behind the postponement, İlkin called the Regional Federation. The officials informed them that eight players on the opposition team were ill and they had medical reports to prove it. However, İlkin was not satisfied with this excuse and found out that there was a misplead after studying regulations. According to the regulations, the opposing team could not postpone the match so they had to be declared 3-0 losers by default. When the president notified the Regional Federation, they accepted their mistake. Vfb Breitenbronn declared a 3-0 defeat against Türkspor Mosbach 1993 e.V.

Yet, Mehmet İlkin was not happy about the Federation's call. The president decided to postpone the match themselves in order "not to win the game on paper but on the field." The decision by the club created a reaction all over the country. When the match took place, Vfb Breitenbronn defeated Türkspor 2-1 and İlkin's team missed out on the championship by two points. If they had not postponed the match previously, Türkspor would have joined the advanced league.

Türkspor might lose the championship but German football circles repaid their chivalry. The German Olympic Sports Confederation, the Ministry Of Interior and German Sports Writers Association granted the "Fair- Play of the Year Award" to Türkspor. The award will be handed to the team on Dec. 5 in Dresden at an award ceremony.