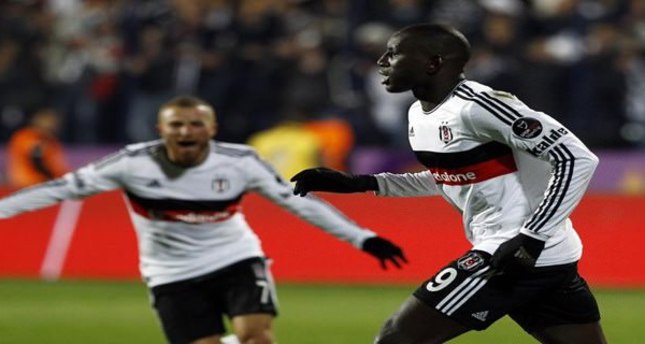 Beşiktaş went to the top of the Spor Toto Super Lig on Sunday night after a "perfect" 3-0 win over Trabzonspor at home.

The in-form visitors were put to the sword by a ruthless Beşiktaş team that saw Veli Kavlak, Demba Ba and Cenk Tosun get on the scoresheet.

It was an emphatic win and performance for a side looking more and more confident with each passing week, helped of course by goal machine Demba Ba who netted his 16th goal in 18 games with a cheeky back-heel after Olcay Şahin's good work down the right.

Yanal's counterpart Slavan Bilic could hardly have been more impressed by his charges.

"The atmosphere was incredible, the stadium, the passion, the fans, everything was perfect," Bilic said.

"We played a great game and put on a performance all Beşiktaş fans can be proud of.

"I was proud of the way we controlled the game and did not give away possession cheaply.

"We were good as a unit and pressed throughout the 90 minutes."

Although the result is in keeping with Beşiktaş's recent form, it was perhaps their first truly convincing win of the current streak, keeping a clean
sheet and failing to grow complacent when in command of the game.

For Bilic, the performance wasn't just about the three points, but about the clean sheet.

"Over the past few weeks we have run up a two goal lead on a few occasions but struggled to see out what should have been comfortable wins," Bilic said.

"Today we did not take our foot off the gas, we did not lose focus and we found the third goal.

"The players made it very difficult for our opposition to play, what else can I say, I have to congratulate the boys today." Trabzonspor now drop to seventh after losing their first game under Yanal, a significant crash back to earth after a perfect start and romping wins over Gençlerbirliği and Galatasaray.

Beşiktaş now sit on top of the table with 26 points, one more than Fenerbahçe.

Elsewhere on Sunday, Bursaspor thumped Kasımpasa convincingly, winning 5-1 at home. Fernandao netted twice in the win, opening the scoring after just three minutes and scoring the third of the game in the 31st minute after Josue Pesqueira had scored Bursaspor's second from the penalty spot.

Ozan Tufan and Sercan Yildirm put the game beyond down in the 73rd and 82nd minute before Ryan Babel scored a consolation effort four minutes from time.

Rizespor lost a crucial relegation six-pointer at home, going down 3-0 to Kardemir Karabukspor thanks to goals from Onur Ayık and Joseph Akpala, who scored twice.

Eskisehirspor also lost at home, losing 1-0 to Istanbul Büyükşehir Belediyespor 1-0 with Semih Senturk scoring the only goal of the game.