Fener confident ahead of Barca clash 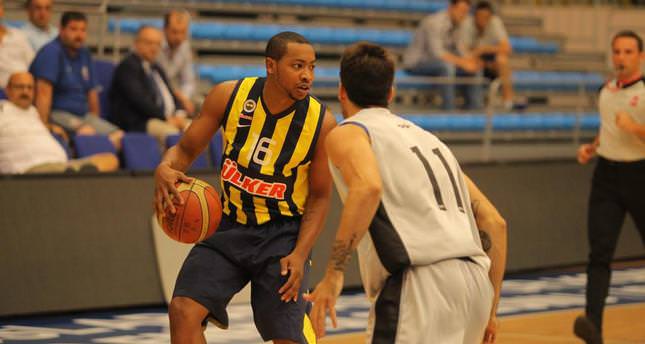 by Daily Sabah Dec 11, 2014 12:00 am
Fenerbahçe star Andrew Goudelock believes his side can grab a valuable win away at Spanish giants Barcelona today.

When the two sides met earlier in the competition, Barca snatched an 80-78 win at the Ülker Arena giving the Spaniards the run on Group C, putting them in first place and in the driving seat.

A win of any size today for Barcelona will see them guarantee the first seed in the Last 16 while a win for Fenerbahce will put them in a position to snag the top spot in the final round next week.

Today would appear to be a good time for Fener to take on the Group C leaders. Despite defeat last weekend in the Turkish domestic league, the Istanbul side are in hot form, winning their last four EuroLeague games and seven of their last eight local games. On top of their good form, Barcelona will also be without Brad Oleson and Juan Carlos Navarro, two of their star players who will likely be replaced by young starlets Alex Abrines and Mario Hezonja. With Barcelona weakened on the wings, star point guard Goudelock is in the right position to take advantage.

"The first game was well-fought, it went down to the wire," said the American. "So I am expecting the same from this one. They have some players missing, a different type of game, and have some players back that weren't in the first game, so it will be different. We've been playing well the last month or so, so I really want to see how far we have come since the last time we played them."