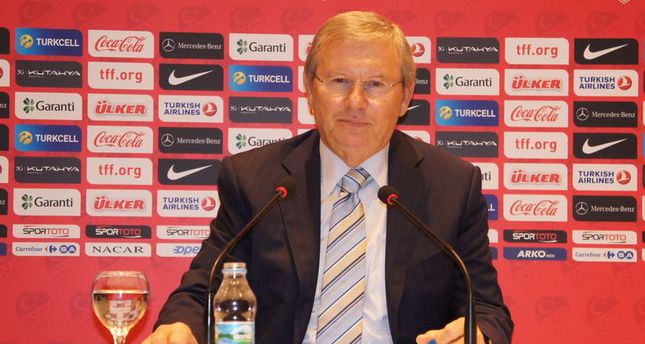 by Daily Sabah Dec 16, 2014 12:00 am
Zekeriya Alp, the head of Turkey's Central Board of Referees, from the Turkish Football Federation announcd his resignation on Tuesday.

Zekeriya Alp declared his resignation from the position at the end of the press meeting where he evaluated the performances of referees from last week's matches.

"This is my last meeting as the head of the Central Board of Referees. I am resigning" announced Alp.


Alp has been highly criticized recently by several club managers, and had been called to resign due to the underperformances of referees.

Turkish Football Federation has appointed Yusuf Namoğlu as the new head of Central Board of Referees. Namoğlu has served as referee from 1972 to 1992, and out of these years he was a FIFA-licensed referee for 12 years. Namoğlu has been an observer and a match delegate at the European Football Union, since 1994.

He has been an active politician as member of various parties, and also served as the mayor of Beşiktaş district in Istanbul between 1999-2004.