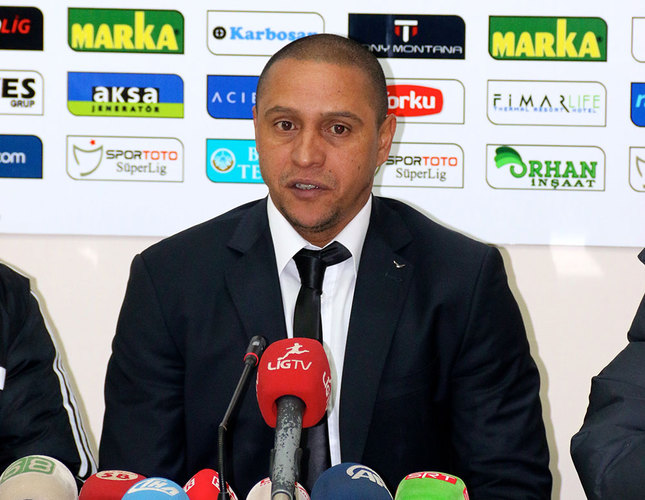 by Daily Sabah Dec 22, 2014 12:00 am
Brazilian football legend Roberto Carlos on Sunday resigned as coach of Turkish top flight side Sivasspor after a succession of poor results, reports said.

The board met immediately after Saturday's 0-2 defeat to Istanbul's Başakşehir and then with Carlos himself on Sunday morning where it was mutually agreed he should quit, Turkish media said. He is expected to leave Sivas, a major city in central Turkey, by Monday evening.

A search for a new manager is to begin immediately. Roberto Carlos, who won renown in the Brazilian national team for his stunning free kicks, took on the Sivasspor job in 2013 after ending his playing career at Russian side Anzhi Makhachkala.

He helped Sivasspor to an impressive fifth place in the league in 2013. However 2014 has seen a succession of poor results and Sivasspor are 17th, inside the relegation zone. Carlos is the ninth manager to quit or be sacked from a Turkish Super Lig side this year, meaning that half of the sides in the 18 team league have switched managers during the current season.

He is the latest foreign manager to find the going tough in Turkey, after Galatasaray last month fired Italian Cesare Prandelli after less than half a season in charge.