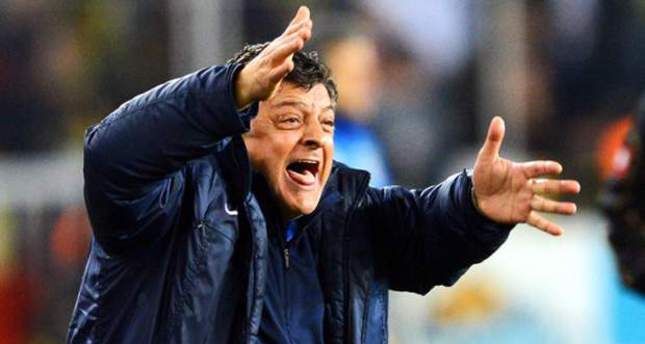 Yılmaz Vural breaks the world record after signing for his 29th club, Osmanlıspor, continuing the manager’s record as a truly nomadic coach. The colorful coach holds another record with 11 of his teams being relegated

Yılmaz Vural started his career in the same year that legendary Premier League coach Alex Ferguson took charge of Manchester United, back in 1986. While Ferguson's time at the club led to him become regarded as one of the most successful, admired and respected managers in the history of the game, Turkish coach Vural spent his 28 years managing 29 clubs. Osmanlıspor have replaced Osman Özköylü with Vural as their new manager to give the coach his 29th job. While Alex Ferguson successfully managed just one team for 27 years before he retired over a year ago, Vural has taken charge of 29 teams and has endured 11 relegations. Despite his nomadic career, he has barely been out of work since first embarking on his coaching career in 1986. Among his many clubs, he has been in charge of Bursaspor three times and he is a charismatic pundit in the Turkish media.

"I started in the same year Sir Alex Ferguson started out at Manchester United," Vural told Sportsmail. "We set out together but he became a pensioner with one team and I have managed 28 teams. I don't think there's a coach in Europe with more teams. I think Roy Hodgson is the next. For me, this is not a particularly good record to have. But this is the nature of Turkish football."

Although he stands out because of his likeable character, his reputation has been mostly built around his unhealthy habit of relegating his teams. During 2010-2011 season, Vural signed with Konyaspor after resigning from Kasımpaşa and both teams dropped from the Super League to the First League. By causing both teams to drop from the league, Vural broke another record in world football. Among the 29 teams that Vural has managed, 11 clubs - Sarıyer, Konyaspor, Çanakkale Dardenel, Denizlispor, Diyarbakırspor, Adanaspor, Çaykur Rizespor, Kocaelispor, Kasımpaşaspor and Kocaelispor - were relegated on his watch. Vural, 61, has only managed to coach one team for two years. He undertook coaching positions at Konyaspor, Bursaspor, Antalyaspor and Adanaspor twice in his career.

Over the years he has built a reputation as a fire-fighter, over-performing with unfashionable and hard-up clubs who cannot always afford to keep his services. He has never managed any of Turkey's three giants, although he did once strike a deal to manage Fenerbahçe, only for the deal to collapse.

He is famed for his extraordinary energy on the touchline and his unusual antics. He once kicked one of his own players up the backside as his team celebrated a goal, something he later explained as trying to get them back on the pitch and focused on the rest of the game.

He almost even snagged a job in the English Premier League. In 2013, Vural was in London for a week, sparking theories in his native Turkey that the popular coach might be set to make the next move of his colourful career to England. At that point, the 61-year-old had been out of work following his exit at Elazığspor at the end of the season and he and his representatives were understood to have met with one Barclays Premier League club to discuss a future together.

Vural, who has German citizenship and qualified as a coach while working at Cologne's academy, is never short of offers and is represented by Muzzi Özcan, the agent responsible for taking Roberto Mancini to Galatasaray.

His new team Osmanlıspor were in first place in PTT. 1 Lig under Özköylü but he proved to be a controversial figure. Özköylü threatened to kill reporters at a recent post-match press conference following his sides 3-1 loss against Kayserispor and had to be restrained from attacking journalists who questioned his management. Osmanlıspor was founded as Ankara Belediye Spor Kulübü in 1978. The club changed names to Osmanlıspor in 2014 and replaced the club's traditional blue colours and the Angora cat with five purple crescents.

A roll call of Vural's career: