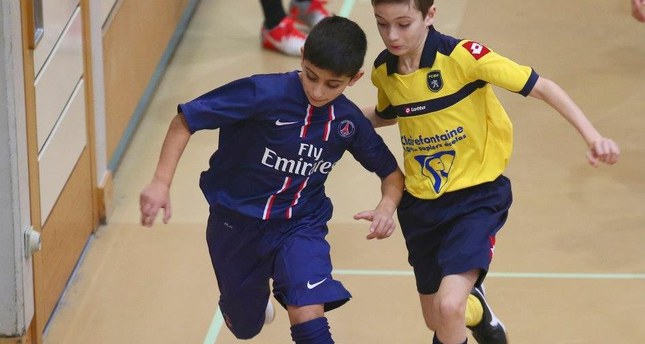 by Daily Sabah Dec 30, 2014 12:00 am
Twelve-year-old Turkish junior footballer Ferhat Çoğalan scored two goals at the Ninth International Juniors Football Championship, helping his team, Valencia, beat Atletico Madrid 3-1 on Sunday. Born in Grande Synthe, Northern France, Çoğalan had try-outs with Marseille and Chelsea; however, Valencia were able to sign the promising young footballer in August last year. The father of the young football star, Sedat Çoğalan, who played for Şanlıurfaspor from 2001 to 2004, turned down offers from Barcelona, Monaco, Paris Saint Germain and Galatasaray. Çoğalan, who helped Valencia win the Ninth International Juniors Football Championship on Sunday, was one of the hottest-tipped players at the tournament, along with Zinedine Zidane's son Theo of Real Madrid.

Çoğalan, who says that his dream is to play for Turkey one day, is as a potential star of the future at Valencia. Çoğalan plays number ten and resembles Brazilian legend Ronaldinho with his ball control, sudden turns and accurate shooting.