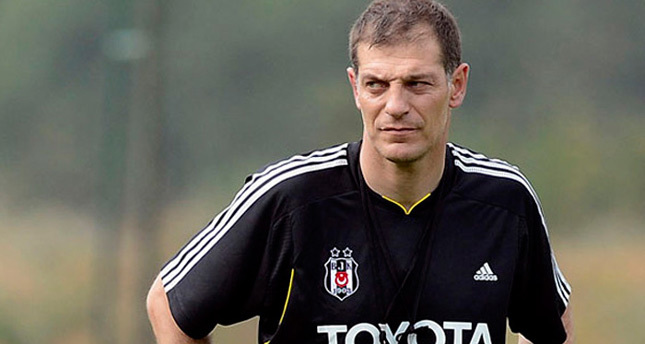 by Daily Sabah with AFP Dec 31, 2014 12:00 am
Alan Pardew is set to leave Newcastle United for Crystal Palace after the Premier League rivals agreed on a compensation package for the manager's services on Monday. According to British media, Newcastle are considering Beşiktaş's Slaven Bilic as potential replacement for Pardew. Bilic's Beşiktaş are doing well in Turkey's Super League, with the team in top spot, enjoying a seven-match winning steak as well as winning their group in the Europa League first round. Pardew, who has been at Newcastle since 2010 and is one of the league's longest-serving current managers, now has permission to speak to Palace about replacing Neil Warnock. Although Palace is in the relegation zone and Newcastle is in 10th place, Pardew has endured a fraught relationship with the fans of the north-east club where he was under contract until 2020. And Pardew would be returning to the London club where he is still fondly remembered from his 1987-1991 spell as a player at Selhurst Park. Palace's next game is against Aston Villa on Thursday. With Newcastle owner Mike Ashley maintaining a public silence, Pardew often bore the brunt of fans' frustrations. The discontent came to a head in May when he was roundly booed by large sections of the home crowd at St James' Park despite a victory over Cardiff. Slaven Bilic was also offered a job by Premier League club West Ham before but refused them.