Steven Gerrard to leave Liverpool at end of season 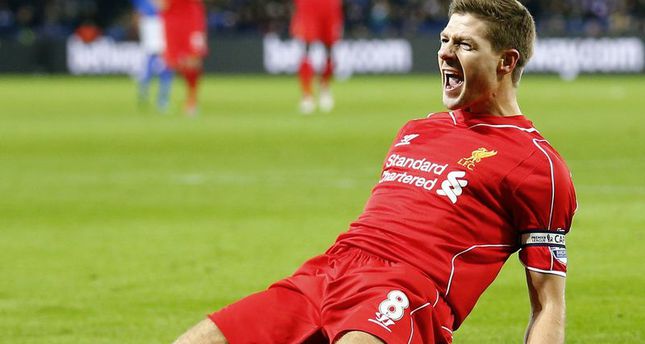 by Associated Press
Jan 02, 2015 12:00 am
Liverpool captain Steven Gerrard is set to move to a foreign club after disclosing on Friday he will leave his boyhood team after the season to seek a new football experience away from the English Premier League.

The 34-year-old midfielder said he "agonized" over whether to accept Liverpool's offer of a new contract, and made the announcement midway through a season when he was no longer guaranteed a place in the team.

With his contract expiring at the end of the season, Gerrard has been free to talk to foreign clubs since New Year's Day, and he has no plans to retire yet.

"I'm going to carry on playing," Gerrard said. "Although I can't confirm at this stage where that will be, I can say it will be somewhere that means I won't be playing for a competing club, and will not therefore be lining up against Liverpool that is something I could never contemplate.

"My decision is completely based on my wish to experience something different in my career and life, and I also want to make sure that I have no regrets when my playing career is eventually over."

Major League Soccer would be an obvious destination for Gerrard, who rose through the academy to become one of Liverpool's greatest ever players, and also captained England before retiring from international duty after the 2014 World Cup.

"This has been the toughest decision of my life, and one which both me and my family have agonized over for a good deal of time," Gerrard said of his Liverpool departure. "I am making the announcement now so that the manager and the team are not distracted by stories or speculation about my future.

"Liverpool Football Club has been such a huge part of all our lives for so long, and saying goodbye is going to be difficult, but I feel it's something that's in the best interests of all involved, including my family and the club itself."

Gerrard, who has scored 180 goals in 695 appearances, has won the Champions League, UEFA Cup, FA Cup and League Cup, but his Liverpool career, into its 17th year, will end without winning the Premier League. After coming so close to winning the trophy last season, Liverpool collapsed in the closing stages of the title race and the team is struggling at eighth in this campaign.

Gerrard's drive, the determination, and the goal-scoring heroics from midfield have come to Liverpool's rescue repeatedly since making his debut in 1998.

"He is immense and the influence he has on games should never be understated," manager Brendan Rodgers said. "At times he has carried this club on his back, and in my time here he has always shown the ability that has rightly seen him be regarded as one of the world's best for well over a decade.

"As a leader and as a man, he is probably incomparable to anyone I have ever worked with. He takes professionalism to a new level, and the dedication he has to his work is an example to everyone in the game."

Gerrard said he will be "fully committed" to Rodgers' team until May and plans to extend his association with the club.

"It is my sincere hope and wish that one day I can return to serve Liverpool again, in whatever capacity best helps the club," Gerrard said.

Liverpool's Boston-based owners said Gerrard will "always be at the summit" of the club's list of greats.

"Steven will always have a part to play for this club, as and when the time comes that he wishes to return," owner John Henry and chairman Tom Werner said in a statement. "I hope we all respect that Steven and his family want to pursue something new and different for the final years of his playing career."