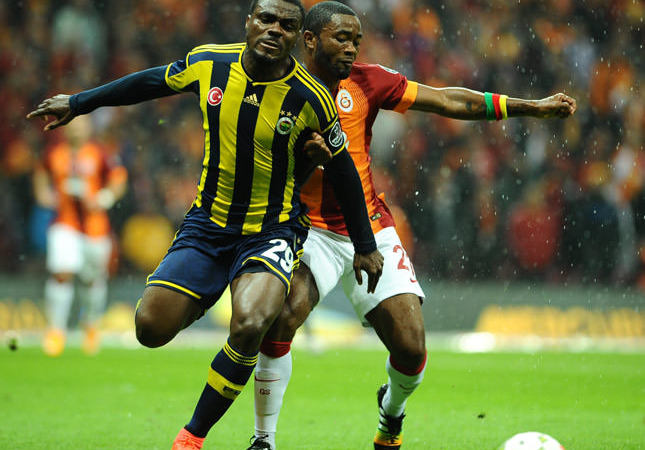 by Daily Sabah Jan 09, 2015 12:00 am
Tottenham Hotspur are considering an offer for Fenerbahçe forward Emmanuel Emenike, according to the player's agent. According to the Evening Standard, Emenike, 27, has a release clause of 15.7 million euros and a number of clubs across Europe have expressed an interest in activating it. Spurs boss Mauricio Pochettino has indicated he is satisfied with his current options at White Hart Lane but with uncertainty surrounding the futures of Emmanuel Adebayor and Roberto Soldado, the club may be on the lookout for further firepower up front. "Tottenham have really only one striker right now so it is not a surprise that they are interested," Emenike's representative Erdem Konyar said. "I personally have not entered talks with Tottenham yet. However, if Fenerbahçe give permission we can enter negotiations. There are also reports AC Milan and Fiorentina are interested in Emenike but we have not met with them either. I do not think Fenerbahçe have received an official offer." Harry Kane's rise to prominence and Nacer Chadli's impressive form this season has eased the goal-scoring burden on Pochettino's side this term. Christian Eriksen and Erik Lamela have also contributed but Soldado and Adebayor's paltry contribution of just five goals between them - three of which have come in the league - leave the club short of a pivot at the front of their attack.