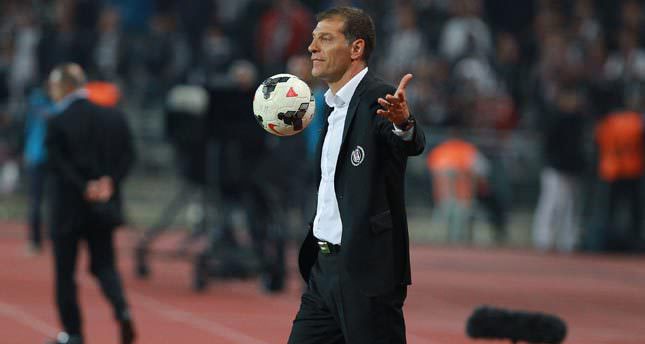 Beşiktaş's head coach Slaven Bilic has said in an interview to the German magazine "11 Freunde" that Beşiktaş's administration and fans place a "great importance on good football, even more than winning the championship." Bilic also said, he might be fired even if Beşiktaş win the league title.

He continued, "I try to develop myself by reading the lives of big coaches. In a book written by Phil Jackson, the legendary coach of Chicago Bulls, I read the training methods of successful coaches. For example, Beşiktaş will play an important game, I want my players to close their eyes and focus on my voice."

Complaining about Beşiktaş's lack of a permanent home while their stadium is rebuilt, Bilic said, "In this season, our biggest problem is where we play our games because of the ongoing construction of our new stadium. We have to play in other clubs' stadiums. Although we have very fiery fans, we can't take advantage of them. It's like a nightmare.

"The Olympic Stadium has an 80,000 capacity but we play in front of 30,000 spectators. Galatasaray played one season in this stadium and finished the league ranked seventh. However, I'm content with my team's performance generally and believe that we are the best team."

Emphasizing the expectations on Beşiktaş to play good football, Bilic said, "My job, as a head coach of Beşiktaş, is not only to get good scores from games. You cannot go on working for Beşiktaş with boring and bad football. Even if you get the title, they may fire you as a result of poor football.

"It did not take a long time for me to adapt to Turkey. In the beginning, I was worried because of the language problem. Beşiktaş is an international and multilingual team. I'm working here without any problem. When I was offered the top job, I analyzed Beşiktaş by watching videos. After the negotiations went well, I accepted the offer. Beşiktaş is my home now.

"Footballers are like women. You should not make many promises to them. If you do, they focus on what they earn and ignore the possibility of losing. When you manage a team, what's important is self-confidence. I want my team to play football the way I taught them."