Turan claims his Coach of the Year vote was changed 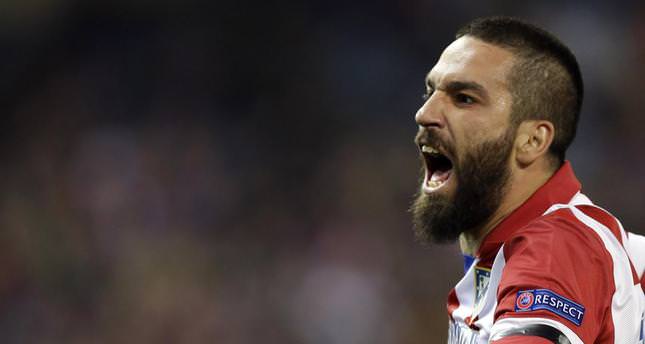 by daily sabah
Jan 13, 2015 12:00 am
Atletico Madrid winger Arda Turan has claimed that his vote for who should win the World Coach of the Year award at the Ballon d'Or ceremony was changed after it was revealed he put Diego Simeone in third place. The Turkish magician was allowed to vote due to the fact that he captains his country but when the votes were revealed it showed that he selected Joachim Low as his top vote with Jose Mourinho and Simeone following. Votes work with a points system. So the top vote receives five points, the second three points while third place receives a solitary point. Turan took to Twitter to insist it was a mistake.

The following tweets have been translated by Inside Spanish Football: "Regarding the Ballon d'Or and the Coach of the Year award, I've had many questions and want to address them again. On the day where I was asked for my selections, I elected Diego Simeone as the best coach and Cristiano Ronaldo as the best player, it was exactly so. For me, Simeone is the best coach in the world and I would have been as happy as he would have been to win it. I would like all the press and everyone throughout the world to know. I have explained it again, so as not to confuse anyone."