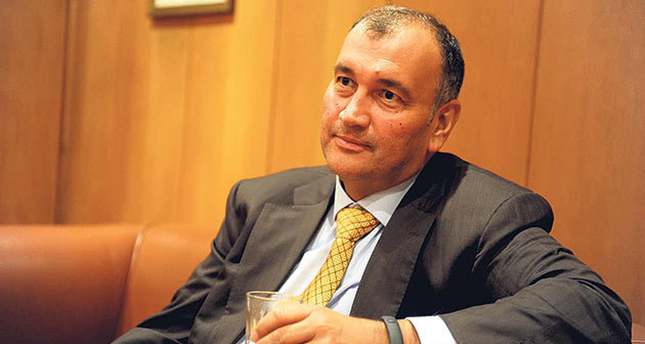 by Daily Sabah with Agencies Jan 14, 2015 12:00 am
Turkish food giant Ülker and its parent company Yıldız Holding have decided to withdraw their support from Turkish football, blaming the declining atmosphere and fan attraction for their decision.

According to a special report in Turkish daily Habertürk, Murat Ülker wrote a letter to Yıldırım Demirören, chairman of the Turkish Football Federation, declaring that they will withdraw all their support from football.

Ülker spoke to Habertürk and reportedly stated that "It is impossible not to envy the fan attention in England and Germany. I am deeply sorry for the country. There, even relegation nominees have thousands of spectators in their games."

Ülker criticized the much debated e-ticketing system, 'Passolig', which was introduced at the beginning of the season. "When the Passolig system was brought in, it could have been more flexible. Nobody wants their personal information to be recorded, even by the state, people get uncomfortable. We should think about why the stands are empty," Ülker said.

Commenting on the recent Federation decision that lifted the limit to foreign players for Turkish clubs, Ülker said "The decision to have 14 Turks in a 28 man squad is wrong. Teams would be able to have 11 foreign players. What will Turkish kids do then?".

"We spoke with the Federation officials earlier. I gently wrote them a letter. Unfortunately, we will withdraw our support from sponsorships, jerseys, including the National Team. When we sponsored, we wanted Turkish football to develop, youth infrastructure to improve, our country to have a standing in Europe and in the world. However, we have not found what we expected."

According to Ülker's letter to Demirören, the reasons for their withdrawal were listed as football's association with violence, fighting and tension, a dramatic decrease in the brand value of Turkish football, lack of appeal to the games with empty stands and a non-overlapping atmosphere with Fair Play.