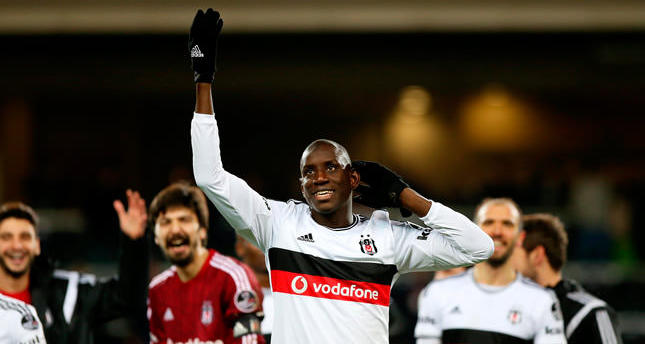 by Hakan Baş Jan 16, 2015 12:00 am
Turkey's powerhouse Beşiktaş took 42nd place in the International Federation of Football History and Statistics' (IFFHS) list of "World's Best Football Teams" for 2014. There are seven Turkish clubs in the rankings in which Real Madrid ranked first and Bayern München second. In the report, Fenerbahçe, who were banned from joining European tournaments by UEFA, were placed as the 357th world's best football team. Fenerbahçe have been removed from the Europa League and banned from next season's Champions League as part of a match-fixing case. Turkey's other teams Trabzonspor came in 126th place, Galatasaray 150th, Bursaspor 314th, Kardemir Karabükspor 343rd and Eskişehirspor 473rd. Galatasaray is the only Turkish club to have been ranked first on the IFFHS World Rankings, back in 2001.

Since 1991, the IFFHS has made the club world ranking, using an algorithm to calculate all the year's results from all the world's official competitions. For the first time in the history of the Club World Rankings a German team, FC Bayern München, was the winner in 2013. But 2014 was the year of Real Madrid, winner with 381 points. The team coached by Carlos Ancelotti reached the best score ever in the ranking, surpassing the former record held by Juventus, who had 372.7 points in 1993. Real Madrid won the UEFA Champions League, UEFA Super Cup and the FIFA Club World Cup and the domestic Copa del Rey. The former winner, FC Bayern München got the second place as German champion and German Cup winner, one year after winning all UEFA, FIFA and German competitions. Club Atletico de Madrid, Spanish Primera Division Champion, could have changed the result of the ranking, but Diego Simeone's team finished in third place. FC Barcelona got the fourth spot.