Wins, losses but no draws as Asian Cup hits record 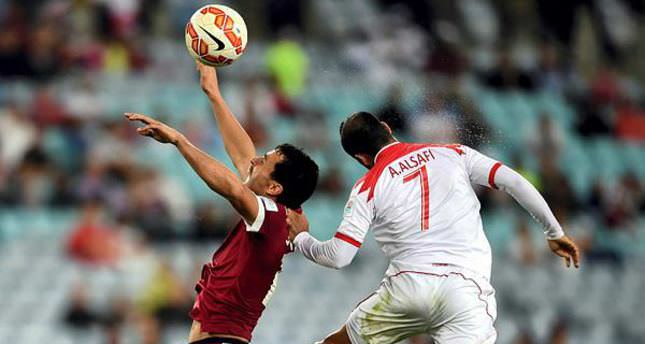 It could be the bumbling defending, or perhaps the vanishing spray has a mysterious side-effect, but the Asian Cup has yet to produce a draw in 20 matches - now officially a record at major football tournaments. The Asian Football Confederation (AFC) yesterday said the tournament has surpassed the previous mark of 18 matches without a stalemate set at the 1930 World Cup in Uruguay. Those who grumble about how football games often end without a winner, would approve, although it is debatable how much the phenomenon owes to fine attacking football and how much to defensive errors. The new record includes European Championships and the African Cup of Nations, according to the AFC's website, and remains largely unexplained. After victories by China and Uzbekistan on Sunday, just four group matches remain before the business end begins with the quarter-finals on Thursday and Friday. The Socceroos needed only a point to finish top of Group A at the weekend, with short odds available for a draw. But South Korea failed to read the script, and they caught the hosts with a sucker punch to win 1-0. Other records have tumbled at the 16th Asian Cup, notably when Ali Mabkhout scored after just 14 seconds as the United Arab Emirates beat Bahrain 2-1 in midweek. Palestine also scored their first ever Asian Cup goal, while Japan midfielder Yasuhito Endo earned his 150th cap for the defending champions in Friday's 1-0 win over Iraq, drawing level with German World Cup-winner Lothar Matthaus. The total attendance has soared past the 300,000-mark and FIFA President Sepp Blatter may be watching closely from Zurich, after he once suggested banning draws in football.

Separately, Asian Cup organizers are considering increasing the capacity at Newcastle stadium to meet demand for a potentially explosive semi-final between hosts Australia and defending champions Japan. The venue, also called Hunter Stadium, is the smallest of all five venues at the 16-nation tournament with a capacity of around 23,000. The home of the A-League side Newcastle Jets can accommodate 33,000 spectators but the Asian Football Confederation has barred ticket sales for non-seating areas behind the goals. However, with the stadium possibly about to host the most high-profile match of the Asian Cup so far - a rematch of the 2011 final in Doha won by Japan - organizers are under pressure to open up the standing grassy areas to fans.

Another option could be switching the match to a bigger venue, but that would cause major logistical problems and upset the thousands of supporters who have already bought tickets for the game.

Stadium Australia in Sydney has the largest capacity at 83,500 while Brisbane holds 52,500 but the quality of its pitch has been slammed by players and coaches. Melbourne's capacity is 30,000 and Canberra's 25,000.

Australia take on China in Brisbane on Thursday for a place in the last-four match in Newcastle on Tuesday, likely to be against favorites Japan, who are expected to finish top of Group D.