Down to 10 men, PSG knock out Chelsea from Champions League 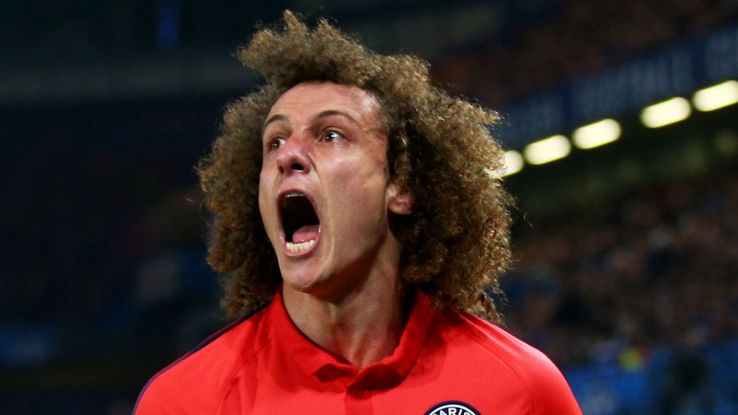 by Mar 12, 2015 12:00 am
David Luiz, whose thunderous header helped knock Chelsea out of the Champions League on Wednesday, apologised to the fans of his former club for his goal celebration even if most of them had gone home by the time he scored it.

The Paris St Germain defender, who won a Champions League winners medal with Chelsea in 2012, powered his header in off the underside of Thibaut Courtois's crossbar in the 86th minute to level the scores at 1-1 and force the match into extra time.

Eden Hazard put Chelsea ahead 2-1 on the night and 3-2 on aggregate in the 95th minute but the French side equalised nine minutes later to win the tie on the away goals rule.

"Tonight was good for me to score. I said I wouldn't celebrate but my emotions I couldn't control," said the 27-year-old Brazilian.

"Thank you to Chelsea and sorry I celebrated because I was so emotional."

Luiz, who enjoyed a colourful three-year career at Chelsea before leaving for PSG for 50.0 million pounds ($74.66 million) pounds last summer, played a key role in his team's victory.

Last season he scored an own goal as the same aggregate score saw Chelsea take the tie on the away goals rule after PSG won 3-1 in Paris and Chelsea won 2-0 in London.

On Wednesday, he was resolute against the physical challenges of Diego Costa, even if he was lucky to stay on the field in the first half after felling the Brazilian-born Spain international when referee Bjorn Kuipers was not looking.

He was booked for feigning injury after another tussle with Costa in the second half, but none of that mattered as PSG held on for a result which had looked unlikely when Zlatan Ibrahimovic was dismissed in the first half.

"We did a great game, we tried to win the game. I am happy to be in the next round but we have a long way to go to win the Champions League. We have to keep our feet on the floor."

Chelsea manager Jose Mourinho allowed Luiz to leave Stamford Bridge partly to help pay for the transfer of Costa from Atletico Madrid and partly because the curly-haired defender is prone to erratic mistakes.

He had the last laugh on Wednesday.

"My cycle finished in Chelsea, PSG gave me a great opportunity to continue my career. I was very happy at Chelsea. I respect everyone," he said.