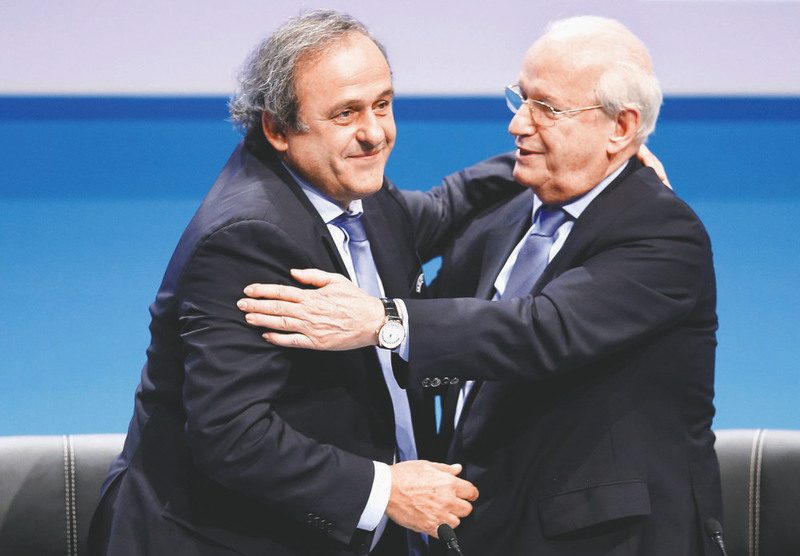 FIFA President Sepp Blatter sent a strong message to politicians threatening to boycott the 2018 and 2022 World Cups, saying their attempts would be futile. Politicians have called for countries to boycott the two World Cups due to various geo-political issues. Speaking at the 2015 UEFA 38th Annual Congress, held yesterday in Vienna, he said "Football should be united, sport should be united when it comes to boycotts. Boycotts have never had any results." FIFA President Blatter was stung when he last faced UEFA at a pre-World Cup meeting in June in Sao Paulo, but this time he was greeted with a respectful applause by delegates from the 54 member states.

Ukraine President Petro Proshenko last week urged allies to boycott football's marquee event in Russia, and other politicians have also questioned the Qatar event. Blatter didn't give a single word about the FIFA presidential election in May, when he will stand for re-election for a fifth term.

Blatter turned down UEFA's invitation to make a campaign speech alongside his rivals, which include FIFA vice president Prince Ali bin al-Hussein of Jordan, Portugal great Luis Figo, and Dutch football federation president Michael van Praag. "The autonomy of sports must be guaranteed," said Blatter, adding that football should not look away from political tensions but should try to help find a solution. "We should do something for peace. Maybe we can help at least certain conflict situations."

Blatter called football "a symbol of unity." "It has conquered the world and it's a treasure of diversity," he said. "Football not only brings positive emotions, but also the strength to help solve conflicts and building bridges between east and west." Blatter also called for further action against the "evils of football," like doping and match-fixing. "We have the will to fight against it," he said, urging UEFA to take a leading role in the process.

UEFA President Michel Platini has warned that nationalism and hooliganism is threatening European football. Rising extremism in European society is an "insidious trend (that) can also be observed in our stadiums," Platini told UEFA's annual meeting. The great France player, who witnessed the Heysel Stadium tragedy in 1985 playing for Juventus, said recent violent incidents revived "certain images that I thought were a thing of the past. We need tougher stadium bans at the European level and, I will say it again, the creation of a European sports police force," Platini said.

The UEFA leader was re-elected unopposed yesterday, though he ignored commenting on the upcoming FIFA election and President Sepp Blatter. Platini's strongest message raised concern at increasing incidents of violence, and extreme views at club and national team matches. "Unfortunately, I have two worrying developments to report today," Platini told the leaders of UEFA's 54 member federations. Platini raised concerns of returning to "the dark days of a not-so-distant past where hooligans and all manner of fanatics called the shots in certain European stadiums."

"Some of us experienced this past at first hand. In my case, it was exactly 30 years ago," said Platini, who scored the only goal in the 1985 European Cup final in Brussels. The match was played after 39 fans died in the stadium in rioting provoked by Liverpool fans. Also, leaders of European clubs, leagues and players' union are set to get greater influence at UEFA, and potentially seats on the executive committee. "Stakeholders must never be regarded as the enemy," Platini said. "It is time to invite some or all of those branches of the family to join us at the top table." UEFA members approved the proposal in principle and will discuss it more at a meeting in Malta in September. UEFA raised its reserves to 558.7 million euros, according to its 2013-14 financial report. Revenue was 1.73 billion euros and spending was 1.614 billion euros. UEFA expects revenue of 4.65 billion euros in 2015-16. Income is rising because of an expanded, 24-team European Championship and lucrative new commercial deals for the Champions League. Champions League clubs will share a 1.25 billion-euro handout from UEFA next season, a 25 percent increase from this year, Europe's governing body said Monday. The Europa League will also see its prize money increased from 232 million euros to 380 million euros for the next three seasons.