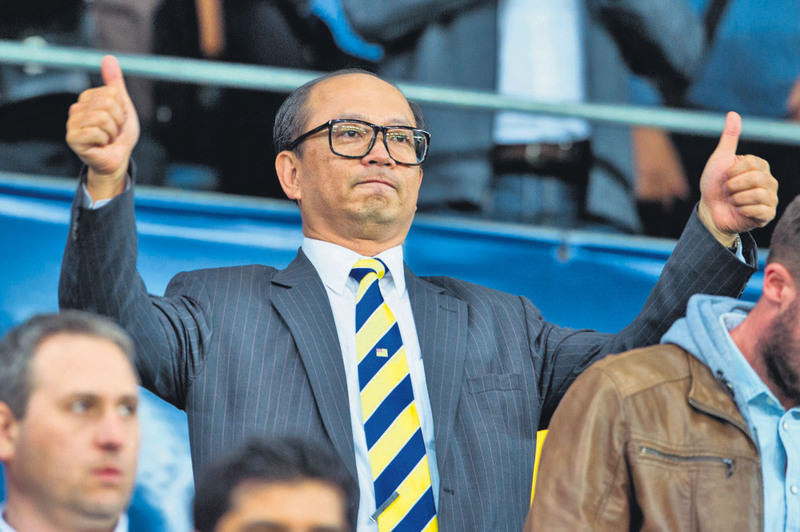 by French Press Agency - AFP Apr 17, 2015 12:00 am
The sale of historic French football club FC Sochaux by carmaker Peugeot to a Chinese high-tech company has sparked a cultural revolution in the grey industrial bastion.

Tradition means a lot in Sochaux. Peugeot created the football club in 1928 for its workers. The team has spent a record 66 seasons in the French top league until they were relegated last year. Olympique Marseille and Paris Saint-Germain cannot match that.Auguste-Bonal stadium is in the shadow of a Peugeot factory that still employs 10,000 workers.

But that heritage is about to go out the window with the arrival of Tech Pro, a Hong Kong-listed electrical components manufacturer, which said it would pay seven million euros ($7.9 million) for Sochaux in a deal which could be completed in May. Tech Pro Chairman Li Wing-Sang paid tribute to the "fabulous brand" that he said Sochaux represents. "We don't want big changes. We want to support what works well, to conserve Sochaux's culture intact, at 100 percent," he told the regional L'Est Republicain newspaper recently.

"The creation of the football club by the Peugeot family created an extraordinary social network for this region and gave it an identity card," said Marcel Bonnot, president of the Pays de Montbeliard regional council, which takes in Sochaux. "This is a real cultural and sporting shock," he added.

Sochaux President Laurent Pernet said that selling a club with such a stable ownership was a "first in Europe." "The object of the management team now is to get through this transition so that the spirit and soul of the club changes as little as possible and remains with its historic values." Pernet stressed, however, that the new owners have a "serious and long-term" economic plan. Sochaux's players have sought to stay out of the takeover spotlight. But coach Olivier Echouafni acknowledged the "little revolution" taking place around the stadium.

Meanwhile, Peugeot has decided its future interests are not in football. The global financial crisis has seen Peugeot focused more on auto racing, though it withdrew from the Le Mans 24-hour race in 2012. Last year, Peugeot celebrated the 30th anniversary of their involvement in tennis, notably the French Open Grand Slam event. Now, through the recruitment of Novak Djokovic as an "ambassador," the brand gets global attention, especially in Asia where the Serb is extremely popular.
Last Update: Apr 21, 2015 1:21 am
RELATED TOPICS