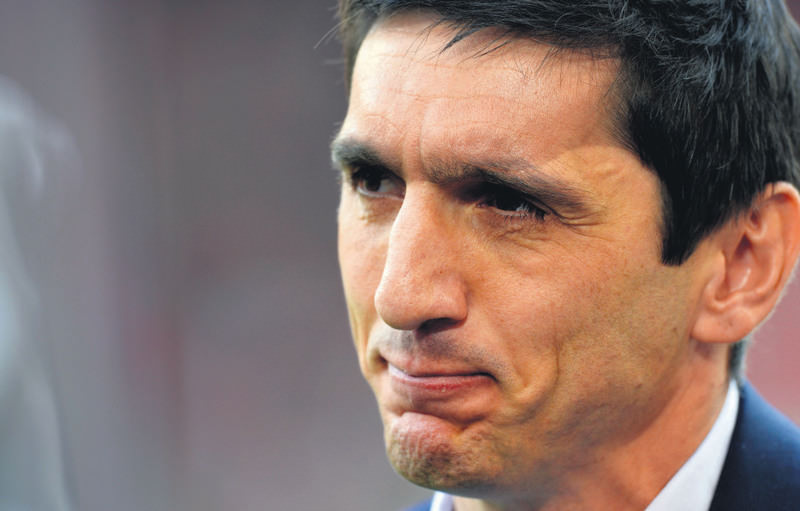 by French Press Agency - AFP Apr 20, 2015 12:00 am
Tayfun Korkut was sacked as Hanover 96 coach on Monday after their 4-0 hammering at Bayer Leverkusen left them 13 Bundesliga games without a win and threatened with relegation. The 41-year-old was fired after 16 months in charge and with his team 15th in the table, but just two points from the relegation places following Saturday's woeful display at Leverkusen. Hanover have yet to announce who will replace him on the bench for Saturday's Bundesliga home clash at mid-table Hoffenheim. Korkut is the eighth coach to be dismissed in the Bundesliga this season after Mirko Slomko, then Joe Zinnbauer were sacked at Hamburg, Werder Bremen's Robin Dutt, Jens Keller of Schalke 04, Stuttgart's Armin Veh, Kasper Hjulmand at Mainz and Jos Luhukay from Hertha Berlin.
Last Update: Apr 21, 2015 1:18 am
RELATED TOPICS