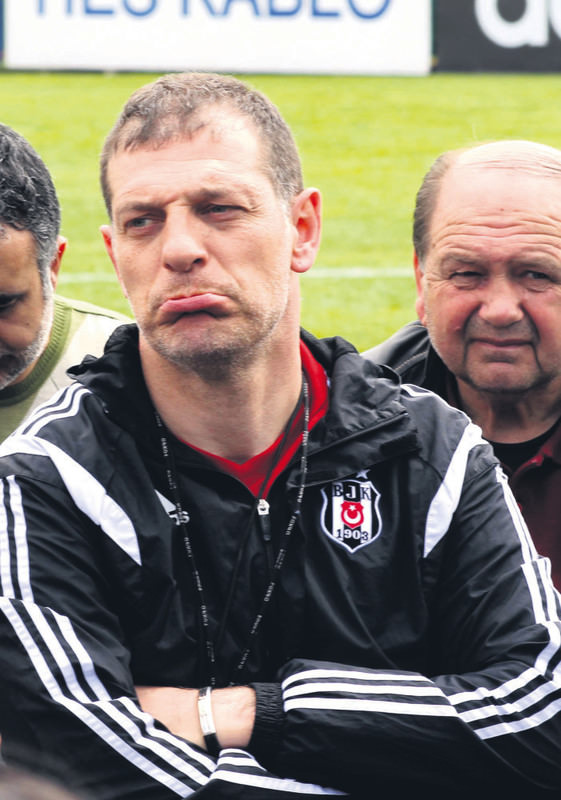 by Arda Alan Işık Apr 20, 2015 12:00 am
Despite the fact that the quality of the game was horrible, Ntvspor columnist Ali Ece somehow inferred a bright future from the Kasımpaşa-Beşiktaş game. "Physical and mental regeneration showed its effect on Demba Ba's goal. Jose Sosa's leadership and Demba Ba's finishing skills are going to determine the rest of the season for Beşiktaş. Last night Sosa was like an orchestra chief and Ba was really sharp at the final moments. Added to that, Mustafa Pektemek returned with a good performance. He and Olcay Şahan perfectly implemented Beşiktaş's 'more dynamism, more goals' strategy in the opponents penalty box."

Well, Ece is right to some degree. Beşiktaş's performance was always parallel to its so-called creative players, Jose Sosa, Gökhan Töre and Oğuzhan Özyakup. Nevertheless, these players are actually still out of form. Kasımpaşa, who have already conceded 56 goals and are close to the bottom of the Super League, were not even close to Beşiktaş. They sacked their coach recently and given their decent squad it is obvious that they are having some other problems, probably financial. However, the point is, this game was not a real test for Beşiktaş. Although the team had left a lot of space for Kasımpaşa's quick players to exploit, the opponent was so disorganized that they could not even utilize it. Ryan Babel, Tunay Torun and Oscar Scarione are all promising individual talents but Kasımpaşa has to be precise about its plans as a club before making progress.

On the other hand, Slaven Bilic's strategy was not present at any moment of the game. Despite the five goals, Bilic could not put together a sufficient strategy that will make Beşiktaş fans sure about their team's future. Ali Ece may bet on Jose Sosa, but the Argentinean midfielder has shown us inconsistent performances since he came to Istanbul. Furthermore, his physical condition is getting worse every day and clearly he is not the same "maestro" as his first days at Beşiktaş. The same situation applies for Demba Ba. Thus, the man we should focus on is neither Jose Sosa nor Demba Ba, its Slaven Bilic.

The absence of Gökhan Töre, whom I think Bilic bet on with all of his money, significantly decreased Beşiktaş's productivity. Bilic doesn't have a decent plan for attacking down the wings, for which he can also use Olcay Şahan and Kerim Frei. With Töre, everything depends on the creativity that he can derive from chaos. But without him, the wings are just another hopeless destination for the ball. Serdar Kurtuluş and Ramon Motta do not even look at the penalty box before they cross the ball and the whole effort to bring the ball to the opponent's half is wasted. On the other hand, despite their sincere performance, Olcay Şahan and Mustafa Pektemek are totally unpredictable and they just do not know what to do with or without the ball. I guess we cannot blame them for their anxiety, Bilic also does not know what to do with or without the ball.

The Turkish football media may continue to tell white lies to make Beşiktaş and Bilic comfortable, but the Club Brugge and Fenerbahçe games already showed the ugly truth.

Beşiktaş's young goalkeeper Günay Güvenç put in a decent performance against Kasımpaşa. The only mistake that he made was not intercepting a long cross that resulted as a goal. I understand his worry, it is not easy to take responsibility on such an occasion for a young goalkeeper. However, for his own good, he should take risks and understand that failure is the nature of this business. Given Tolga Zengin and Cenk Gönen's inconsistent form, I believe he can be the long-term goalkeeper of Beşiktaş.
Last Update: Apr 21, 2015 1:20 am
RELATED TOPICS