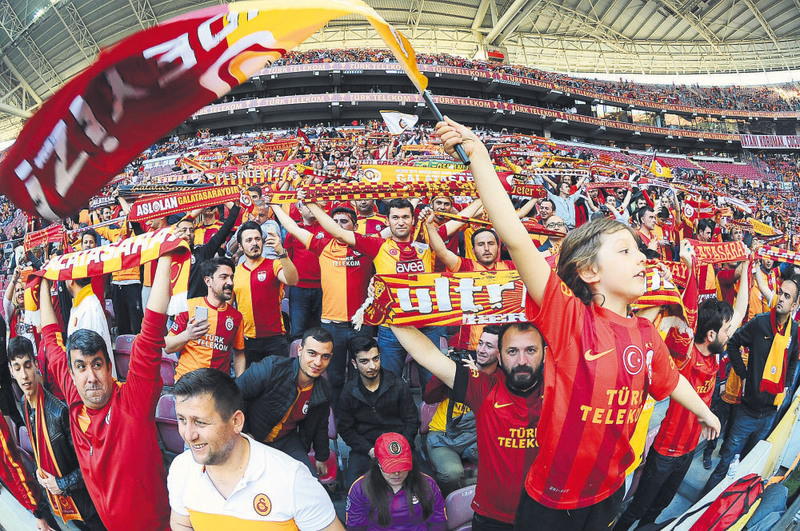 Although Fenerbahçe took a step back in the title race with a draw against Eskişehirspor in the Turkish Spor Toto Super League, rivals Galatasaray and Beşiktaş are still on track to challenge for the league crown

On Saturday evening, Fenerbahçe drew with a resilient Eskişehirspor team, causing them to lose two crucial points on their way to the league championship while Gala secured all three points in their game. Beşiktaş played after the time of print, but were only four points behind league leaders Galatasaray.

Playing away from home, Fenerbahçe started the match with an offensive-minded attitude. In the 33rd minute, a cross from Hasan Ali Kaldırım led to a crisis in the Eskişehirspor defense and the deflected ball hit Eskişehirspor's Mustafa Yumlu and found the net. Fenerbahçe were up 1-0 at the end of the first half.

Fenerbahçe coach İsmail Kartal accused his players after the draw of not caring enough. He is said his players were "lax and irresponsible." According to Turkish media, Kartal gathered the team and showed them their mistakes on video.

With that result, Galatasaray became the leaders of the Turkish Spor Toto Super League after beating a challenging Gaziantepspor team 1-0 in front of its fans on Sunday evening, with Beşiktaş (58 points) yet to play as of press time. The Lions increased the pressure on Gaziantepspor from the beginning of the game, but could not find the deadlock-breaking goal until the 85th minute.

Defender Hakan Balta, who had not scored in the league until Sunday, scored with a header after a corner with five minutes to go in the game. Balta's game-winning goal was the 200th goal at the Türk Telekom Arena, Galatasaray's stadium. Galatasaray managed to not concede a goal for the first time in 10 league games. Felipe Melo, who returned to the line-up after a 69-day injury, was booked and will not play next week.

Galatasaray's Brazilian star Melo's statement after the match drew a reaction in the press. He said, "If Gaziantepspor had played well like they did against us in the other matches, they could have been in the title race," insinuating that the Anatolian team deliberately played ambitiously against Galatasaray. Some Turkish media commentators and fans deplored the statement and asked, "Was Gaziantepspor supposed to open their castle to Galatasaray?"

Elsewhere, Carl Medjani salvaged a point for Trabzonspor with the last kick of the game in a 1-1 draw against Gençlerbirliği. Dusko Tomic opened the scoring for the home side on 70 minutes and the Ankara-based side looked to have bagged all three points until Medjani's last-minute equalizer.

Balıkesirspor were held to a 1-1 draw against Erciyesspor at the Atatürk Stadium.

Sercan Yıldırım gave the home side the lead on nine minutes but Zoua rescued a point late on in the 81st minute. The draw did neither side any favors as both sides remain in the relegation zone, favorites to go down at the end of the season.

Konyaspor extended their undefeated streak to seven games following the 2-1 win over Akhisar at the Torku Arena stadium.

Akhisar took the lead on 31 minutes thanks to a goal from Custodio but two goals in quick succession from Mehmet Güven and Rangelov were enough to win Konyaspor all three points.

Kasımpaşa snapped a four-game losing streak in the Süper Lig with a 3-1 win over Rizespor at the Rize Yenişehir stadium.

Scarione scored a brace and former Liverpool winger Ryan Babel scored on 69 minutes. Kweuke scored on 72 minutes but it proved to be too little too late and served as nothing more than a consolation goal.
Last Update: Apr 27, 2015 9:47 pm
RELATED TOPICS