Lucescu may be next Fenerbahçe coach 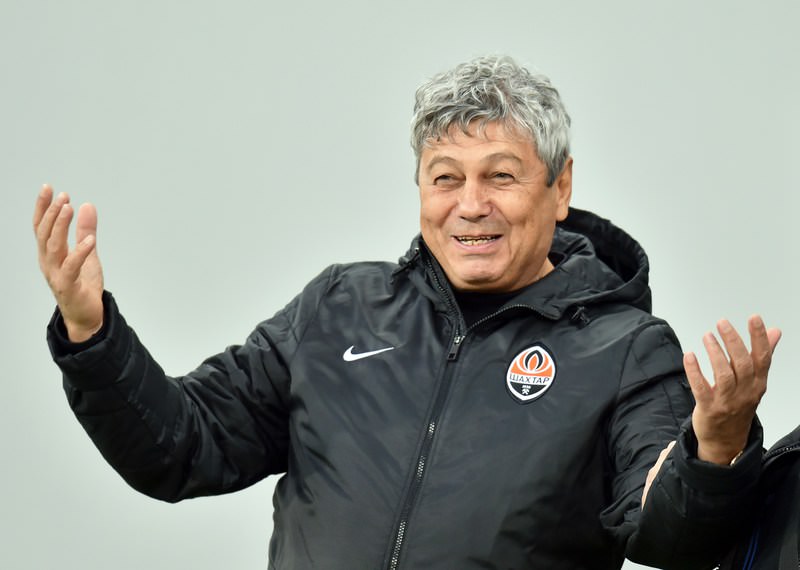 Referring to rumors that Romanian Coach Mirces Lucescu will sign with Fenerbahçe for the next season, the Yellow Canaries' current Coach İsmail Kartal said every manager could coach Fenerbahçe, including Lucescu

Rumor has it that Fenerbahçe's coach next season will be Mircea Lucescu who led archrivals Galatasaray and Beşiktaş to titles in previous seasons. While rumors have been ongoing, Fenerbahçe choach İsmail Kartal was asked about the issue after the 3-2 win over Sivasspor on Saturday. On whether he feels uncomfortable about the rumors, Kartal said to Lig TV: "I don't feel uncomfortable, not at all. Fenerbahçe is a big community. Fenerbahçe's door is open to every manager. Every manager could coach Fenerbahçe, including Lucescu. I hope the best for Fenerbahçe."

While Fenerbahce narrowly beat Medicana Sivasspor 3-2 in an away match at the Turkish Spor Toto Super League to reach the second spot in the league table. Home team Medicana Sivasspor took the lead in the eighth minute when Mehdi Taouil scored the opening goal of the game. A minute later, Fenerbahce playmaker Diego replied, evening the score. Medicana Sivasspor scored again when Brazilian right-back Cicinho found the net from a free kick in the 24th minute. Visitors Fenerbahçe increased the pressure to make even the score again in the second half when striker Pierre Webo smashed the ball in the net it in the 56th minute, encouraging Fenerbahçe. Near the end of the game, Fenerbahçe managed a comeback after forward Moussa Sow's late winner, leading to the 3-2 result. Fenerbahçe is still in the title race in the league after a critical win in Sivas. The Yellow Canaries raised their points to 66 in the standings and are now closely following the leaders, Galatasaray with 67 points, in the match day 30.

In the 3-2 win over Medicana Sivasspor, Kartal said: "We were the side who wanted to win more in most of the game. Sivasspor is a team that is capable of scoring against every team. However, the two goals we conceded were the result of our individual mistakes. We started with Pierre Webo in the second half to win and played dominantly. I'm happy that we won a very critical three points. I believe we will win the four matches left and get the title."

Fenerbahçe striker Sow after the match said: "I hope Fenerbahçe will get the title, not Demba Ba [his fellow Senegalese footballer and rival Beşiktaş striker]. We are spending much time with him. Naturally we talk about the Super League. He came to the Super League this year. He is in this competition within the body of Beşiktaş. I hope Fenerbahçe will be the one that reaches the happy ending, not Demba Ba."

Meanwhile, Galatasaray climbed to the top of the Turkish Spor Toto Super League with a 1-0 victory over Torku Konyaspor Friday night. The Istanbul club's home win took them to 67 points, three clear of second-place Beşiktas, with a late headed goal from midfielder Selçuk İnan.

In the two other Friday night games, relegation-threatened SAI Kayseri Erciyesspor could not hold on to a 2-0 lead against Mersin İdmanyurdu, with the match ending in a 2-2 draw. Eskişehirspor cruised past Kasımpaşa 4-1 at home. Beşiktas was to face Gaziantepspor at home on Sunday as of press time.