Real staring down the barrel before Juve clash 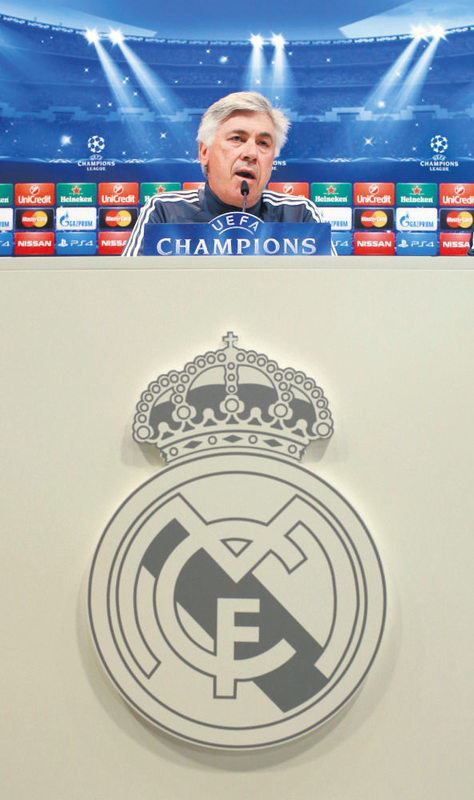 by May 12, 2015 12:00 am
Stuttering holders Real Madrid could see their last chance of silverware slip away if they are unable to overturn a 2-1 deficit in today's Champions League semi-final, second leg at home to Juventus. Ending the season without winning the Champions League, the La Liga title or the Spanish Cup would be a disaster for the world's richest club by income but such a scenario is a real possibility for Carlo Ancelotti's men. Saturday's 2-2 La Liga home draw with Valencia left them four points behind leaders Barcelona with two games left and they were dumped out of the King's Cup by Atletico, the team they beat 4-1 after extra time to secure a record-extending 10th European Cup last term. Elimination from the latest edition could prompt drastic action from Real's notoriously impatient - and deep-pocketed - president Florentino Perez, who has rarely stuck by his coaches for long if they do not deliver trophies on a regular basis. An exodus of players is also a possibility, with local media speculating that top scorer Cristiano Ronaldo and captain and goalkeeper Iker Casillas could be on their way. Real's hopes of getting past Juventus into June's showpiece in Berlin hinge on cutting out the errors and inconsistency that have dogged them in recent weeks. Injuries have also played their part and Ancelotti is hoping to have France striker Karim Benzema back for the clash at the Bernabeu, while a suspected injury to Germany midfielder Toni Kroos on Saturday looks to have been nothing more than a scare. "Above all we need to keep a cool head, be patient, and not go crazy," defender Dani Carvajal, who conceded the penalty Carlos Tevez converted to win the first leg, said on Real's website on Monday. "We have to try to make time go really slowly for Juve so that they suffer without the ball," added the Spain international. "They created danger when we lost the ball or because of our errors. I believe that if we stay calm, remain really patient and make them move then the game will go our way."