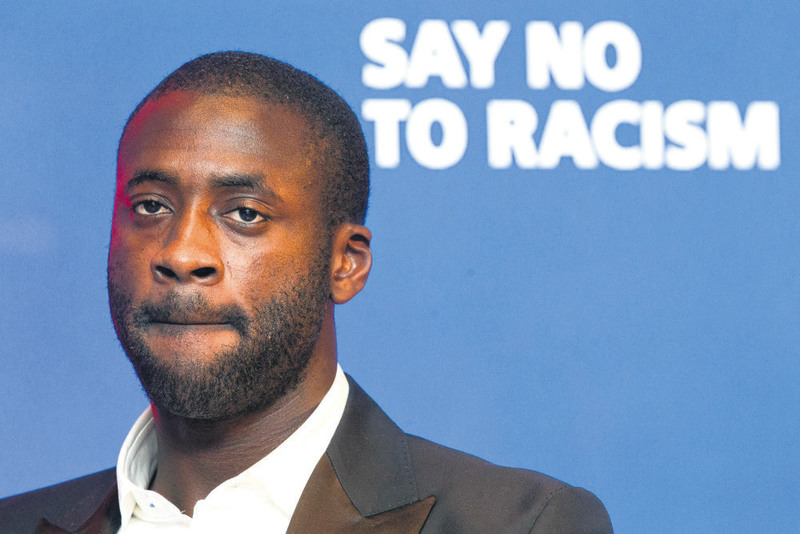 A new system of match observers monitoring incidents of racism and discrimination at 2018 World Cup qualifiers was announced by FIFA. The system will be coordinated by FIFA and implemented in cooperation with the European anti-discrimination organisation FARE

Manchester City midfielder Yaya Toure spoke of the anguish felt by footballers subjected to racism as FIFA committed to deploying observers at qualifying matches for the 2018 World Cup to uncover abuse.

The lack of such monitors at the World Cup in Brazil last year drew sharp criticism from one of FIFA's own vice presidents, Jeffrey Webb, and there are ongoing concerns about football racism in 2018 host nation Russia.

Toure was targeted with monkey chants by CSKA Moscow fans in a 2013 Champions League game in the Russian capital. The Ivory Coast midfielder previously warned that black players could boycott the World Cup, but he is now trying to tackle the Russian problem as a member of FIFA's anti-discrimination task force.

"I have had monkey chants or abuse it's difficult to deal with that," Toure said at Wembley Stadium, where FIFA announced its plans for racism monitors. "As a sportsman you want to finish the game, you want to continue until the end, but when you hear that it hurts you and breaks you. It is not easy to live that."

Referees can stop games if they hear racist abuse, but they rarely use that power. Likewise, FIFA highlights its ability to throw teams out of competitions over persistent racism by fans but only imposes fines or stadium bans. "All these campaigns FIFA has been doing, you have to take real sanctions, something has to be done strongly," Toure said.

FIFA is using the anti-discrimination Fare network to decide, based on a risk assessment, which qualifying matches require monitoring for racism.

"There is more likely to be racism when England play, when the French team play, or when Germany play," Fare executive director Piara Powar said.

Fare was an official partner of European football's governing body UEFA at the 2012 European Championship in Poland and Ukraine where it helped prosecute a series of cases for discrimination. Those included Croatia and Russia, which have escaped sanction in Brazil for fans carrying far-right banners.

A recent report by Fare and another organization showed there had been more than 200 cases of discriminatory behavior linked to Russian football over two seasons. Although the racism monitors will be deployed at the 2017 Confederations Cup in Russia, FIFA has not committed to using them at the World Cup the following year.

FIFA president Sepp Blatter said last month in Moscow there was still a "lot of work to be done" to fight racism in Russia.

"The new monitoring system is a very concrete measure in order to ensure that football sends a clear message for diversity, and against any form of discrimination," Blatter said in a statement on Tuesday.
Last Update: May 13, 2015 11:16 pm
RELATED TOPICS