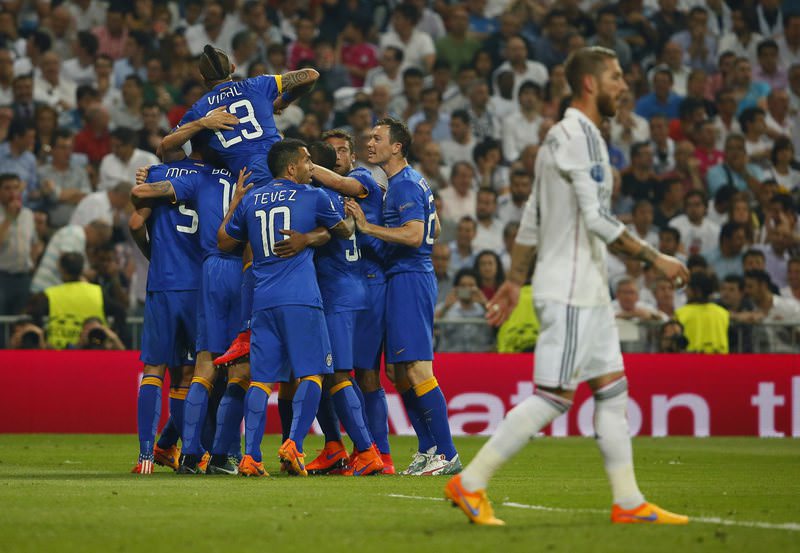 Juventus will meet Barcelona - who ousted Bayern Munich on Tuesday - in the June 6 final in Berlin.

Former Real striker Alvaro Morata scored the crucial away goal for Juventus, equalizing in the 57th minute after Cristiano Ronaldo had given Real the lead from a debateable penalty in the 23rd minute.

Morata's goal gave Juventus a 3-2 aggregate lead, because they beat Real 2-1 in the first leg May 5 in Turin.

Real were seeking to become the first team since AC Milan in 1990 to win back-to-back Champions titles.

Roared on by a capacity crowd in the Estadio Bernabeu, Real dominated the first half, with Ronaldo going close early on.

In the 23rd minute, the Portuguese veteran made it 1-0 from a questionable penalty after Juventus defender Giorgio Chiellini was rather harshly judged to have pulled down James Rodriguez.

Real should have increased their lead in a one-sided first half, but Ronaldo and Karim Benzema missed good chances.

Juventus came out for the second half with more determination, and the crucial away goal came in the 57th minute.

Veteran Andrea Pirol floated over a free-kick from the right, Real keeper Iker Casillas failed to punch it clear - and a goalmouth scramble allowed Morata to make it 1-1 with a left-footed drive that Casillas should really have stopped.

Real dominated possession from then on, but the only clear chance they created was a back-post header that Welshman Gareth Bale headed over.

At the other end, Juventus midfielders Claudio Marchisio and Paul Pogba missed good chances to kill off the tie.
Last Update: May 14, 2015 11:15 am
RELATED TOPICS