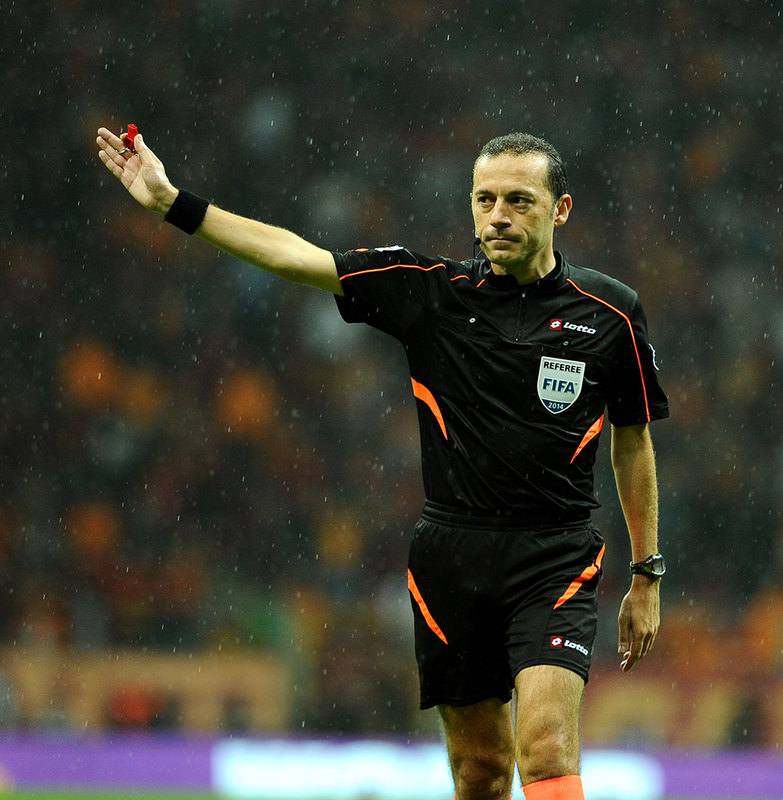 by Daily Sabah May 18, 2015 12:00 am
Turkish referee Cüneyt Çakır will conduct the UEFA Champions League final between Juventus and FC Barcelona to be played in Berlin on 6 June.

Çakır was appointed to the game by the UEFA Referees Committee.

Turkish referees Bahattin Duran and Tarık Ongun will assist Çakır during the final. The fourth official will be Jonas Eriksson from Sweden, and the two additional assistant referees, Hüseyin Göcek and Barış Şimşek, are also from Turkey. A Turkish reserve assistant referee, Mustafa Emre Eyisoy, will also be present.

The UEFA Europa League final between FC Dnipro Dnipropetrovsk and Sevilla FC will be refereed by England's Martin Atkinson.