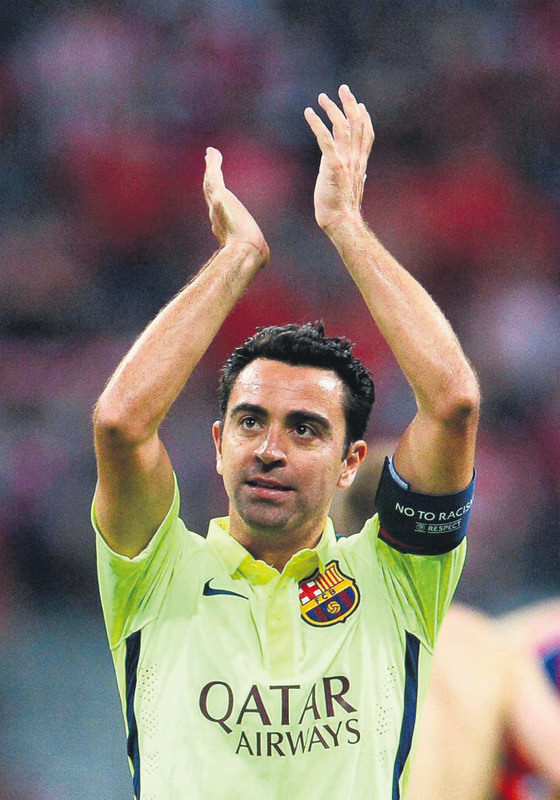 by May 19, 2015 12:00 am
Barcelona's captain Xavi Hernandez will leave the club he has served since boyhood for Qatari team Al-Sadd at the end of this season, his father said yesterday.

The 35-year-old midfielder has been a stalwart of the Catalan side over recent years and one of the heroes of Spain's Euro and World Cup-winning squads.

His father, Joaquin Hernandez, told the Cope radio station that Xavi had decided "the moment has come to say goodbye."

He said the contract with Al-Sadd would allow Xavi to train as a coach as well as play.

"He is lucky to have received a really impressive offer where he can continue playing football, train as a future coach and also rest a little."

His contract with the Spanish league champions runs until next year, but he has reportedly decided to leave after the end of the current season.

Barcelona sealed their league victory on Sunday with a 1-0 win away over Atletico Madrid.

Xavi was filmed weeping with joy after the win. It is his eighth title in the league and his 23rd overall with Barcelona, making him the player with the most medals in the club's history.

He still has the chance to end his last season at Barcelona with a treble, as he will play in the finals of the Spanish cup and Champions League.