Eagles go into descent, Bilic says he doomed to leave 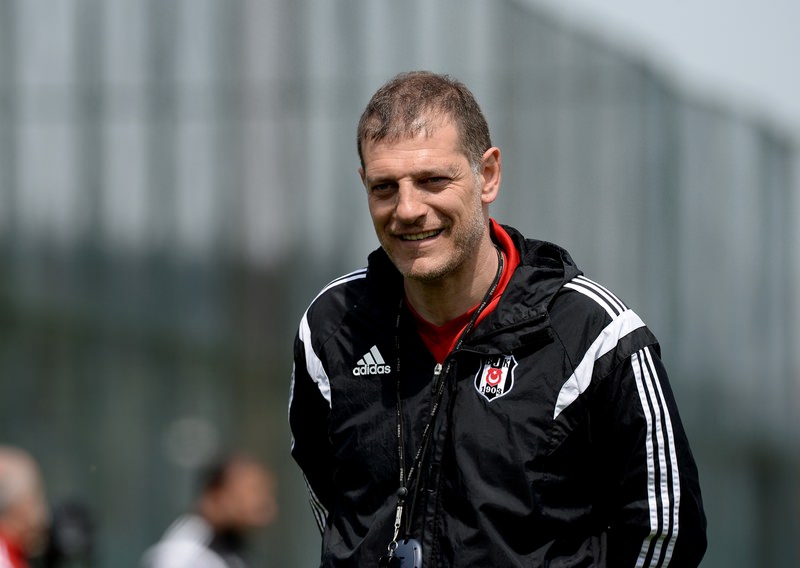 Beşiktaş's Slaven Bilic says he may not be coaching the Black Eagles next season, claiming he expects the club to fire him following the team's defeat to Konyaspor on Monday night that dealt the final blow to their hopes of winning the league title

With Beşiktaş now mathematically incapable of securing the top spot in the Spor Toto Süper Lig, its charismatic coach Slaven Bilic senses his time with the team may be coming to an end.

The Croatian boss has led the Istanbul side since 2013, garnered acclaim in the first half of 2014-2015 season after helping Beşiktaş to take the top spot in the Süper Lig and enjoyed a victory over Liverpool in the Europa League. The team managed to claim the third spot after Galatasaray and Fenerbahçe despite a string of injuries. A shock 1-0 defeat to Torku Konyaspor on Monday night eliminated any chances of winning the title, with the team seven points behind Galatasaray with two games left.

A grim Bilic appeared before reporters following the game and apologized to the fans. "I hold the responsibility for the defeat," he said, adding that it was a nerve-wracking, disappointing night for the team. "The team did its best but I admit that we did not play hard and missed several opportunities to score." The coach said he did not expect to retain his post going into next season. "I know how things work in football. You should be aware of criteria that a team like Beşiktaş sets (for coaches). The criteria is winning the championship. Certainly, I will hold talks with the management and I am confident that we will have a friendly conversation," he told reporters.

The coach said the defeat did not daunt him and he now focused on the last two remaining matches. Beşiktaş will face Galatasaray on Sunday. The team was on the training ground yesterday without Veli Kavlak, Ersan Gülüm and Oğuzhan Özyakup, who were under treatment for injuries.

Bilic is already rumored to be linked with West Ham United, with British media speculating a return to Upton Park for the former defender with Sam Allardyce's contract ending this summer.

Bilic, who started out as a player at Croatia's Hajduk Split, wrapped up his successful player career in 2001 after spending several seasons at Bundesliga's Karlsruher, Premier League's West Ham United and Everton. He took charge of the Croatian national team in 2006 and helped it to reclaim success by securing berths at the Euro 2008 and 2012 finals.
Last Update: May 19, 2015 11:40 pm
RELATED TOPICS