Fabregas sent off as Chelsea is defeated by West Brom 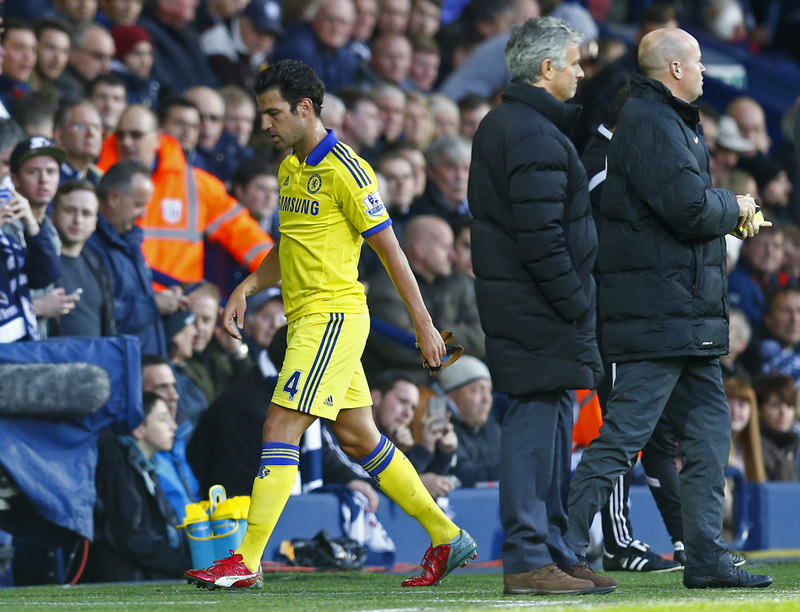 by Compiled from Wire Services May 19, 2015 12:00 am
Saido Berahino scored twice as West Bromwich Albion humbled Premier League champion Chelsea 3-0 Monday in an ill-tempered game that saw Cesc Fabregas sent off for kicking the ball at an opponent's head.

After a clash between Diego Costa and Gareth McAuley, Fabregas chipped the ball into a crowd of players and hit West Brom's Chris Brunt in the face.

It was only Chelsea's third defeat of the season, but manager Jose Mourinho said: "I cannot say I am surprised."

"I know my players, I know myself, I know the nature of the game. I know what normally happens when a team is champion with games to play.

He was not critical of his team, adding, "it was also my mentality - I cannot blame them without blaming myself."

Mourinho promised, however, that his side would play to win in their last game, at home to relegation-threatened Sunderland.

Berahino doubled the West Brom lead from the penalty spot two minutes into the second half after being fouled by John Terry.
Brunt then scored the third with a low strike as West Brom ensured they will finish now lower than 13th.

"It's an extra three points and no one can catch us (in 13th) so I'm delighted about that," West Brom manager Tony Pulis said.

"We played really well at times tonight, defended well, kept a good shape, had discipline when we didn't have the ball and made life very difficult for Chelsea.

"Our last five games looked so difficult and we were so on edge after defeats to QPR and Leicester but the lads have dug in and been wonderful."
Last Update: May 19, 2015 1:43 am
RELATED TOPICS