One for the baby: Pregnant Alushi takes on former club 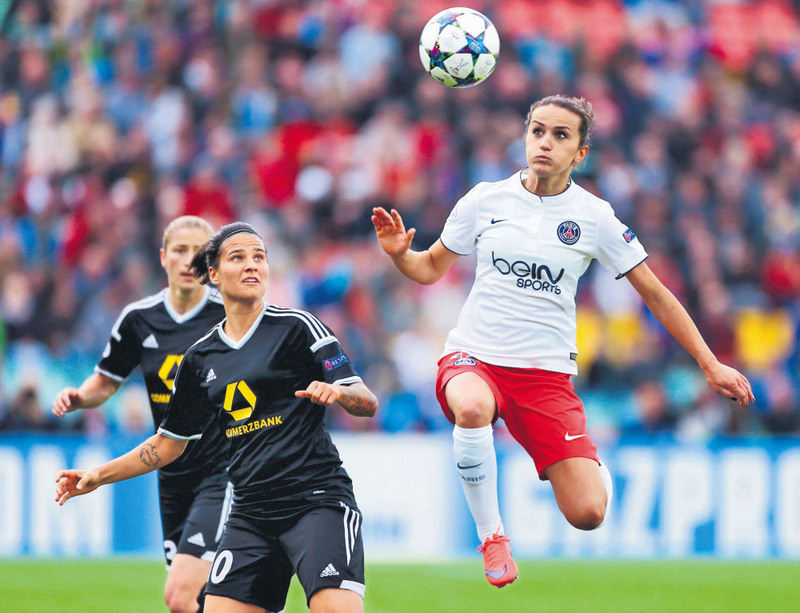 by Daily Sabah May 20, 2015 12:00 am
Fatmire Alushi, a German midfielder for France's Paris St. Germain, stunned fans when she joined her team's Women's Champions League final last week while four months pregnant with her first baby. The 27-year-old midfielder of Kosovar-Albanian origin, took maternity leave after the match against FFC Frankfurt, the team she played for before signing with the French side last season. Nevertheless, her ambitious move could not save the French team from a 2-1 defeat.

This is the last game for Alushi before she gives birth as doctors advised her to avoid playing. The young player, who is a member of the German national women's team, will miss the Women's World Cup in Canada that will begin in June. Speaking to German media outlets, Alushi has said she would like to play in the World Cup but "there are things in life that are just more important than football." Alushi, who made her Bundesliga debut with FCR 2001 Duisburg in 2004, joined the German national team in 2005 and made headlines after scoring Germany's two goals against Japan in the 2008 Summer Olympics, securing a bronze medal for the team.